Being airline elite can be simple

HomeBeing airline elite can be simple 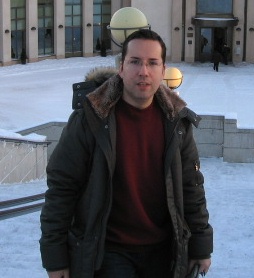 Many of you must already hate me — not me personally, but people like me, known as “elite” passengers.

Remember that time you were on standby for hours, then suddenly a guy walked over to the gate, asked the agent if he could get on what you hoped would be your flight, because he didn’t want to wait another hour for his original flight? A minute later, he walked away with a boarding pass in hand, and there was no seat for you on the plane.

It wasn’t me, but it could have been. Elite passengers can be added to a waiting list minutes before a flight and go right to the top. The highest-level elites — and their travel companions — are exempt from all sorts of fees. Per person, that´s up to $30 for ticketing, up to $100 for award travel and up to $40 for checking luggage.

With the sorry state of their industry, airlines value and reward their loyal customers more than ever. Their frequent-flier programs are designed to attract and keep passengers, and those programs’ benefits are often the main reason for travelers to stick with an airline and its partners.

The average American gets on a plane once or twice a year. For them, travel is an unavoidable hassle. They know it helps to be an elite but never think that they can be one, simply because they don’t fly enough — and the reasons for that are usually financial.

But it turns out that perception is misguided. It costs less than one might think to gain elite status levels at most airlines. Most carriers have three different status levels, which they call different names, but they usually require 25,000, 50,000 and 100,000 flown files per year, respectively.

Ben Schlappig, who will be a sophomore at the University of Florida at Gainesville in the fall, is a proud “mileage runner” — someone who loves to travel and flies the most number of miles for the least amount of money.

“Living on a coast, in a city with some competition, one should be able to mileage-run for about 3.5 cents per mile at most, with good planning,” Mr. Schlappig said. For members of United Airlines’ Mileage Plus program, like him, that means $875 to achieve Premier status, $1,750 for Premier Executive and $3,500 for 1K — the biggest prize that gives one the most upgrades and waives most fees.

Those sums are still not small enough for most people. That’s perfectly fine, Mr. Schlappig said. This year, he has already achieved 1K status for less than $2,000. Three main factors contributed to his accomplishment, he explained: taking advantage of mileage promotions, obtaining discount vouchers and keeping an eye pealed for ultra-low fares.

In the spring, American Airlines announced a promotion awarding double elite-qualifying miles for flights during a period of about two months, which United immediately matched. Unlike in the past, when such offers came with a $100 registration fee, this one was free. Moreover, you can get elite-qualifying miles not only by flying United, but also by flying more than 20 partner airlines that are members of the Star Alliance.

Discount vouchers are another way to bring down the 1K price for expert fliers. They can be obtained either for being bumped off a flight — and mileage runners love to volunteer for that — or as a goodwill gesture if something goes wrong during a trip, such as a canceled flight, a long delay or a broken video screen in business class.

But the most important task for a mileage runner is to keep a close eye on low fares. The major airlines publish fares three times a day, and sometimes a very low fare can be offered only for a few hours. Airlines also make mistakes — both human and technical — and file fares several times lower than what they should be.

The last thing an elite passenger wants is more elites to compete for seats and upgrades. The airlines are no fans of mileage runners, either. But, as Mr. Schlappig pointed out, not that many people would do what he does. “For those that love to fly, are flexible, and are good at finding cheap mileage-run fares, it’s a win-win,” he said. “With all the bonus miles, upgrades, benefits, etc., it’s very difficult to let go of status.”