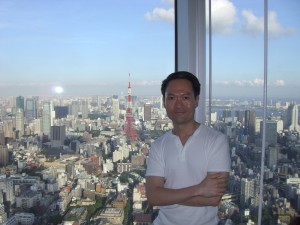 Patrick Lee, a United Airlines flier from San Francisco, during a trip to Tokyo.

Next time an airline offers you 5,000 miles as a “good-will gesture” for something that went wrong on a flight, you might want to negotiate a bigger number.

Miles devaluation is here, and along with rising air fares, service cutbacks and various fees, it is likely to remain a prominent feature of the travel experience for a while. Some U.S. carriers have already increased the number of miles needed for an “award ticket,” and others, no doubt, will follow suit.

Airlines have awarded so many millions of miles in recent years, thanks to numerous credit card and other promotions, that they started to weigh on the carriers’ balance sheets. That weight is hurting them badly at a time of record jet fuel costs, so they are looking for ways to offload as many of those miles as possible.

Alaska Airlines raised from 20,000 to 25,000 the minimum number of miles needed for a domestic round trip. American Airlines, which has been charging 25,000 for several years, hasn’t changed that yet, but it increased other redemption levels by 5,000 to 40,000 miles.

Most affected were the so-called anytime awards, which are available as long as there are seats to sell on the plane. A business class award from North America to China jumped from 180,000 to 220,000 miles.

The capacity-controlled “saver awards” are becoming more difficult to come by. A random search last week for a saver seat on American from Portland, Ore., to Ronald Reagan Washington National Airport during a two-week period in October yielded only flights that require an overnight layover in Dallas.

The next step was to make quick cash from frequent-flier programs. American announced that, beginning next month, it will charge $50 in addition to 15,000 miles for a one-way domestic upgrade on most coach fares. Last month, Delta imposed a $25 fee for domestic award tickets and $50 for international.

United Airlines invented an “award accelerator.” You can double or triple the miles you will earn on your next flight for a fee equal to 3 cents per mile — much cheaper than simply buying miles without flying. For a flight from Washington to London, you’d earn 3,677 miles. You can double them for $110, or triple them for $220. Many United flyers think the new program is a prelude to higher redemption requirements.

At the same time it created an opportunity for enlarging mileage accounts in exchange for cash, United made it more difficult to earn more miles for free. It ended its policy of awarding a minimum of 500 miles for any flight of that or a shorter distance. Now it credits the actual miles. US Airways and Continental Airlines did the same.

US Airways went further, eliminating bonus miles for its elite customers — one of the main reasons for a passenger to strive to achieve and maintain elite status.

All signs are that the airlines are not done changing the rules of their frequent-flier programs. United has been conducting a survey among its most loyal customers, asking them to “measure the priority and value of current elite benefits,” said Patrick Lee, a San Francisco marketing consultant who participated in the survey.

“It required me to rank basic and important benefits against one another, and forced me to identify the one most important, as well as the one least important to me,” he said in reference to priority check-in and boarding, a dedicated reservations line and free access to Economy Plus. “This is what I’d call a lose-lose proposition.”

United’s loyalty program, Mileage Plus, has won much praise from travelers, many of whom say that the benefits it offers are the only reason they are still flying United.

“All the recent service and benefits cutbacks, and the new fees and fee hikes have been hard enough to swallow, and this survey strongly suggests that more are in the works,” Mr. Lee said.

Robin Urbanski, a United spokeswoman, said the survey does not necessarily mean that the airline is planning to cut more benefits. “We survey customers on everything,” she said.