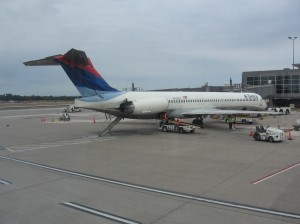 Who says that cheap plane tickets are a thing of the past? How would you like to go skiing in Utah this winter for less than $150 round trip from the East coast, including all taxes? Rather visit a warmer place? How about a ticket to Hawaii for less than $300?

Yes, these are real prices, but you might need to do some homework to get them. Airlines now publish low fares less frequently and often pull them off the market within hours.

We’ve all heard travel experts warning that airfares have nowhere else to go but up, mainly because of record-high jet-fuel prices, as well as predictions that the era of affordable air travel is over. That may well be what the future holds. The present, however, begs to differ — at least partially. Airlines may be imposing more restrictions on cheap tickets, but good deals are still around.

“They are not that prevalent, but there are still pretty fantastic prices,” said Richard Ingersoll, who runs a Web site that tracks travel deals and loyalty-program promotions called frugaltravelguy.com. “If you want to look for them, they are there — it’s not marketing, it’s the truth.”

It’s hard to benefit from the current low fares given the way most people book air travel. Typically, you need to be in a certain city on a certain date. So at some point when you find the time, you sit down and do an online search — and you get frustrated that you can’t get a transcontinental ticket for less than $500, when just a year ago you paid only $200.

Here is a recent example of how I book my leisure travel. One night last month, I received an e-mail alert from FareCompare.com, a Web site that tracks all published fares and notifies its free subscribers when the fare for their chosen routes drops. According to the alert, United Airlines had just filed a round-trip fare between Washington and Salt Lake City of $99 plus tax. Domestic fares are usually the same between two cities in either direction.

I’ve been trying to go to the Sundance Film Festival in Utah for years, but fares in January rarely drop below $500, so I’ve never made it. When I saw $99, I thought it must have many restrictions — perhaps it’s only allowed on weekdays, which wouldn’t work for me, and it probably expires long before January. To my surprise, a quick look at the fare rules proved me wrong.

Such a low fare with no restrictions is just too good to be true these days, so I didn’t think it would be around for long. Even though it was 10 p.m., I started looking for availability to Salt Lake City. I paid $141, including all taxes. The entire process — from getting the e-mail alert to issuing the ticket and even upgrading it to first class — took less than an hour and was all done online. By the morning, the $99 fare was gone.

That same fare was available from many other East coast cities. As it often happens in the airline industry, United targeted routes to and from a competitor’s hub — in this case, Delta’s. Those battles are known as “fare wars,” said Mr. Ingersoll, who recently bought a round trip ticket from Newark, N.J., to Hawaii for $275, thanks to a “war” between United and Continental Airlines.

“I’m constantly watching fares and belong to a group that monitors about 35 U.S. cities every day,” he said, adding that sometimes low fares are the result of mistakes. Deals are often available to and from cities served by low-cost carriers, such as Southwest Airlines, he said.

U.S. carriers publish and update fares three times a day during the week, and once a day on weekends. Most of us don’t have time to follow fares’ ups and downs. But if there are routes you fly regularly — either on business or to see relatives — or if you are planning a vacation somewhere with flexible dates, it’s worth signing up for those free e-mail alerts and booking quickly once a low fare pops up.