HomeHotel rates too high? Get creative! 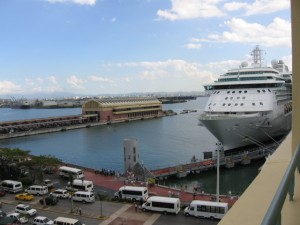 A view from the Sheraton Old San Juan in Puerto Rico.

Is the room rate for your next hotel stay too high for your travel budget? No need to cancel that trip yet. There are creative ways to pay for your accommodation, and using your own money is just one of the options.

The creativity I have in mind involves more than just redeeming your hotel points with a loyalty program. In fact, let’s assume that you don’t have enough points for your intended stay.

Mike Schlappig was recently in that position. He was planning a trip to Egypt next month and wanted to spend the last two nights at Le Meridien Pyramids in Cairo. However, he was unpleasantly surprised by the rate of $220 per day, which is relatively high for that market.

His younger brother Ben, a frequent traveler whom I’ve quoted in this column before, had what turned out to be a brilliant idea. He knew that the hotel was part of the Starwood chain and that its loyalty program allows its members to buy points. He found out that 5,000 points were required to book a two-night “award” stay. Since Starwood sells a point for 3.5 cents, all Mike had to pay was $175, saving $265. Better yet, he discovered that he had about 3,500 “orphan” points in his account and only needed to buy another 1,500, so the price tag dropped to $52.50.

All major hotel programs offer purchasing points, although at different prices. Their redemption requirements are different, too. The best policy is to try all options when booking a trip. The Schlappig example may not apply in your case — in fact, it tends to be the exception rather than the rule.

It’s more likely that the lowest room rate will be cheaper than the value of the points needed for an “award” stay. I recently planned to use my Salt Lake City. The hotel required 20,000 points per day, which Hilton prices at $200. The lowest rate, however, was $88, so I decided to pay cash.

Some hotel chains have their own creative ways of charging you for a stay. The Priority Club program of InterContinental, Crowne Plaza and Holiday Inn allows its members to redeem points for cards worth between $100 and $250 that can be used as cash to pay hotel bills.

Starwood offers the popular “cash & points” option, which is very useful when you don’t have enough points for an entire stay or the room rate is too high. For example, the Westin Grand in South Africa, usually charges more than $400 or 10,000 points per night. With “cash & points,” you’d only pay $60 and 4,000 points.

A good way to build up your account is to convert frequent-flier miles that may not be that useful to hotel points. It’s generally easier to get hotel awards than airline mileage tickets, and many travelers now prefer driving to flying because of high air fares and additional fees.

Another common feature of most major hotel programs is gifting points, usually at the same rate as buying them for yourself. Hilton lets you create a “point registry,” where others can transfer their points as a birthday, graduation or wedding present.

Starwood’s “honeymoon registry” works with cash, and, according to the program’s Web site, it’s “similar to other wedding gift registries, except that you register for your honeymoon hotel stay instead of housewares or other traditional gifts.” You receive “honey money gift certificates that you can use for any item on your hotel bill.”

Brent Pourciau and his wife, Tracy, did just that this summer. Because the program’s terms and conditions said that any Starwood property was eligible, they didn’t call their hotel in Rimini, Italy, in advance to make sure it would accept their certificate. At checkout, the couple was told that the manager had no idea what “honey money” was and refused to honor the certificate. They had to pay $1,500 for their stay and missed their train to Rome.

“Our honeymoon was ruined. We could not enjoy our last week in Rome because we had exceeded our budget,” Mr. Pourciau said. He added that Starwood refunded the charged amount, but only after two months of phone calls, repeated pleading and relentless posts on the Internet.

A Starwood representative warned that similar situations could happen at other properties around the world in the future, even though they should accept the certificates. The best way to prevent a ruined trip is to make all arrangements before leaving home.