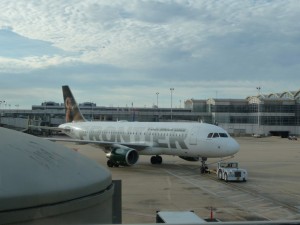 How public is the publicly available information about the limited seats airlines release for mileage redemption on their flights? Can anyone take that information from an airline without permission and publish it on their own Web site, even with the best of intentions?

A frequent flier from the San Francisco Bay Area tried to do just that last month, but he was forced to shut down his site in less than a week.

“Mystified by the inner workings of inventory management” at United Airlines, he created a model that searched and analyzed “award” availability on several routes served by United “on a nightly basis,” he wrote in a March 18 self-promoting post on FlyerTalk.com, one of the largest online travel communities.

The new site, Mileplan.com, said on its home page that it used “publicly available information to help find free flights and upgrades using your airline miles.” It was free and quickly won high praise from seasoned travelers, mainly because it saved them time by displaying all dates on which a desired flight had “award” seats. In contrast, on United’s Web site one has to search for a specific date, which can be quite time-consuming.

Five days after Mileplan’s existence was announced on FlyerTalk, its creator made another announcement: The site would no longer show the availability it was created to display. The creator, whose name was never revealed, didn’t cite a reason for the shutdown, but United customers suspected that the airline was behind it. They were right.

“The data is proprietary, and we may let third parties take advantage of it with our permission and after they provide us with an understanding of how it will be used. That did not happen” in this case, said United spokeswoman Robin Urbanski.

She compared what Mileplan did to reprinting a copyrighted newspaper article without permission. “In order for someone to make copies of it and pass it out as collateral, educational materials, etc., they need to purchase reprints and/or get permission,” she said.

Some United customers said that part of the reason for United’s action could have been the “embarrassment” caused by the revelation that “award” availability is very scarce. Others, however, said that, however limited, availability was more than they expected to see.

“I was actually quite surprised at the amount of ‘award’ availability out there for the rest of the year,” said Calvin Hwang of Cleveland. “Whenever I look, I can only look up one date at a time and never seem to find any [seats]. It was a quick, simple and efficient way of seeing what awards were available.”

It was not clear why Mileplan’s creator chose to focus only on United, except that his home airport is one of the airline’s hubs. But it wasn’t the first time the Chicago-based carrier had demanded that its “award” inventory be removed from a third-party site. A few months ago, the same thing happened with ExpertFlyer.com and SeatCounter.com. None of those are booking sites — they only display the number of seats with their respective booking code.

There were some additional issues with ExpertFlyer. Unlike SeatCounter, Mileplan and the United Web site, when seats aren’t available on a desired flight, it allows its users to create alerts and receive e-mail messages once a seat opens up. Also unlike the other sites, however, it charges its customers up to $100 a year for access to data it gets from the airlines for free.

ExpertFlyer President Chris Lopinto said that his company pays a fee for the airline data to so-called global distribution systems, which are used by travel agents. “Award” availability is a small part of the site’s offering. It provides real-time data from just about every airline in the world, otherwise available only to travel agents, including revenue seat inventory, fares and seat maps.

So even if one thinks that United should let the free third-party sites display data, its objection to another company using the data for profit seems reasonable. There are no formal rules yet to guide such practices, so each airline has to make its own decisions, considering the impact on its business.

Of the 20 airlines currently providing “award” inventory to ExpertFlyer, only five are U.S. carriers — American, Alaska, Frontier, Delta and Northwest, with the last two now merged. American spokesman Billy Sanez said the airline has “no issues” with ExpertFlyer.