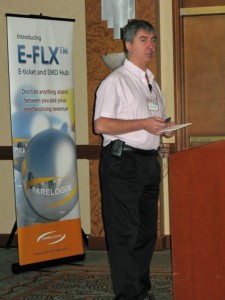 This is, no doubt, the era of glasnost or openness in the airline industry. Thanks to the Internet, once tightly held data on fares and available seats is now more transparent than ever, which seems to have caught the industry unprepared. So, to stretch the Soviet-era metaphor, will glasnost lead to perestroika — real change?

In order to answer this question, a simpler one must be asked first: Should the airlines fear the transparency they didn’t seek? Is the ability of any of us to directly access real-time data on fares and seats without the help of a travel agent bad or good for the carriers?

Although some executives have done the politically correct thing and publicly embraced the transparency, in reality the so-called legacy carriers are still struggling to make up their minds.

You may be wondering why this is even an issue. After all, the airlines are in the business of selling seats. Why would they object to anyone showing their data if that would help a customer book a ticket?

The simple answer, as I wrote in last week’s column that focused on “award” seats, is that the carriers consider the data proprietary, and it could give away inside information about how a company manages its inventory of seats. In fact, the ownerships and usage of airline data are being intensely debated by both airlines and third-party Web sites showing the data in question.

“Data ownership gets very murky,” said Timothy O’Neil-Dunne, a longtime industry insider who has worked “on all sides of the debate” and was part of the team that started the booking engine Expedia.com. “Data usage gets even murkier because the derivations of data become possessed by demons and corporations.”

For decades, airlines have made their data available on so-called global distribution systems (GDSs), which are used by travel agents. Since the creation of their Web sites, the carriers have been showing some of the data there, but only in a limited and piecemeal way sufficient to book a flight on a certain day.

Then, in January 2005, along came ExpertFlyer.com, about which I also wrote last week. Its ambition was to put all data sent to the GDSs in one place — not just seat availability on every flight of every airline in the world, but also all published fares, seat maps, upgrade and “award” inventory and even flight status.

My friends and colleagues are always amazed when I can tell them which carrier has the lowest fare between two cities anywhere on the planet — and, of course, how much it costs — within seconds. I can also give them the full fare rules, such as advance-purchase, minimum- and maximum-stay requirements, blackout dates, stopover and transit conditions, as well as routing restrictions.

Now they know that my secret is ExpertFlyer. It’s the main reason I haven’t needed the services of a travel agent for nearly a decade.

Based on a particular fare’s booking code, I can also tell on which flights it’s available. The only thing I can’t do on ExpertFlyer is make a booking. For that, I have to go to the site of the airline whose fare I’ve chosen, but by then, I’m equipped with all the information I need, so making a reservation doesn’t take more than a few minutes.

“We designed the service with the idea that… frequent fliers value knowing more than who is offering the cheapest ticket,” said the site’s co-founder and president, Chris Lopinto. He corrected a statement his own spokesman had given me by noting that ExpertFlyer pays the GDSs for the data.

“We have to charge a subscription fee to our subscribers to cover these costs,” Mr. Lopinto said in reference to annual charges of up to $100 for unlimited usage of the site. “This also allows us to show the information in a neutral, unbiased way, as we do not make money on referring users to airline or travel agency Web sites to earn a referral fee.”

Such fees help other similar sites, such as SeatCounter.com, which don’t charge users but don’t pay for the airline data, either — rather, they scrape airline and other booking sites that contain the original data. They are exclusively dedicated to seat availability and lack the comprehensive data on ExpertFlyer.

“This ‘screen scraping’ of Web sites to get free data is one of the major issues regarding data ownership that the airlines are now having to tackle,” Mr. Lopinto said.

“For [most] of the last 30 years, the travel industry was a closed ecosystem, and before the Internet came along, airlines couldn’t even conceive of their data being publicly available,” he said. “Today, their best customers are demanding access to more of it. This has thrown the airlines for a loop, and they have been trying to formulate strategies on how to handle it.”