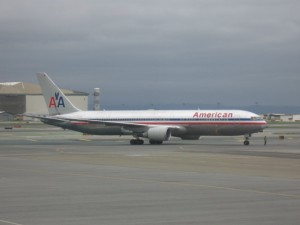 It was no surprise that American omitted that detail in its press release, but it was shocking to see how many mainstream-media reports parroted the corporate line. They apparently didn’t notice the discontinued stopovers — a sign of a successful public-relations campaign.

Given the recent rich history of “enhancements” in the airline industry, which has been hit hard by the global recession, one of the first questions I ask when I hear about new features is whether any old benefits are being taken away. That’s not necessarily meant as a criticism of the airlines — after all, they are businesses that need to keep an eye on the bottom line.

My bottom line is that, if I’m reporting on changes in a loyalty program, I want my readers to know about both the positive and negative of those changes so they can plan their travel well and avoid unpleasant surprises.

There is no question that American’ revamping of its “award” rules is very generous and puts the carrier miles ahead of most of its competitors around the world. Members of its AAdvantage program can now redeem only half the miles needed for a round trip when they book a one-way ticket. The only other U.S. carrier offering that option is Alaska Airlines, with everyone else charging the same amount of miles for a one-way flight as they do for a round trip.

Outside the United States, British Airways has such one-way “awards.” So does Air Canada, but only on routes where it publishes one-way fares, and many of those routes change throughout the year. Germany’s Lufthansa allows one-way “awards,” but it charges 75 percent of the round-trip mileage. American also permits one-way awards on 18 partner airlines. Alaska, Air Canada, British Airways and most other carriers restrict them to their own flights.

The American feature that revolutionizes “award” travel is the ability to combine flights in different classes of service and different types of “awards” requiring different mileage on various partners on the same ticket. With other airlines, if you combine flights in coach and business class on a round trip — usually for lack of availability in the higher class — you still have to pay the bigger mileage. It works the same way if you combine a regular with a more expensive “award.”

Having liberalized those rules, American deemed it reasonable to introduce a new restriction, banning free stopovers on the way to your final destination or back. Now, instead of booking a round trip with a stopover, you need to book three one-way segments. You can still do it on the same ticket, but it will cost you more miles.

“The intent with round-trip awards was never to provide multiple stops for the price of one award ticket,” said American spokeswoman Marcy Letourneau. “We feel the advantages and flexibility offered [by the other changes] far outweigh the stopover issue.”

Opinions among AAdvantage members were divided, judging by the hundreds of comments on various online travel forums. Some welcomed the changes, but others said they valued free stopovers much more than one-way tickets, especially when traveling internationally, because they could see two countries on the same trip. They also pointed out that other airlines permit both one-way “awards” and stopovers on round trips.

Under the new American rules, the only stopovers allowed are those at international gateways in the U.S. — for example, if you fly from Atlanta to New York and then to Europe, you can stop in New York. However, if you fly from New York to Paris via London, you cannot stop in London. International connections of up to 24 hours are not considered stopovers.

Tim Winship, editor-at-large at SmarterTravel.com, said that there are usually trade-offs when changes occur in a frequent-flier program but that American’s new policy is “a net positive for consumers.” He added that the AAdvantage program “will see more members redeeming more miles under the new system,” assuming the airline doesn’t reduce the number of “award” seats on its flights.

So why did it take so long for a major U.S. carrier to offer one-way “awards”? When the airlines created their software for mileage “awards” years ago, they based it on round trips, in the same way as the model of advance-purchase fares, Mr. Winship explained. In order to provide one-way “awards,” they have to make a huge investment in changing the software, retraining agents and updating marketing materials, he added.

Even though finding the necessary funds is not easy in the current conditions, Mr. Winship said American’s move “puts pressure on other legacy carriers,” particularly its “arch rival” United Airlines, to follow suit. American said it took more than a year to prepare for the change.

“Until now, there was no compelling reason to incur the costs to change the system,” he said. “I do think we’ll see it matched, but not any sooner than five or six months out. We may see someone making [only] an announcement sooner.”