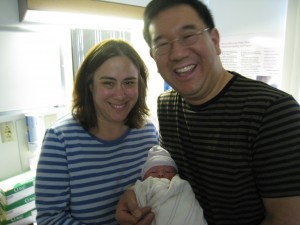 Have you ever had to cancel a planned trip and lose your nonrefundable plane ticket? Next time, you don’t actually have to lose the ticket. In most cases, even if it’s nonrefundable, its value — except for any penalties — can be applied toward another ticket, and not necessarily on the same airline.

The first and most important thing you need to do is cancel your original itinerary before your first flight takes off. If you don’t, you’ll really lose the ticket’s value.

After cancellation, you have two options. You can either use the old ticket’s “residual value” — the total price minus the penalty — to purchase a new ticket if you have another trip coming up, or you can use that amount any time until one year from the date your original ticket was issued. You don’t have to travel by that date — just buy the new ticket.

Because just about every airline sells so-called code-share flights operated by other carriers, next time you don’t have to limit your travel to the airline that issued your ticket.

Some carriers will send you the “travel credit” in the form of a printed voucher, which you can later redeem at a ticket counter or by mailing it back to the airline. Others will simply keep it in their computer systems, and you’ll need to give them your original ticket number when you call back to rebook, so make sure not to lose your receipt. If you do, you can usually find the ticket number next to the charge on your credit-card statement.

Another thing you should do before canceling your trip is read carefully the rules of the fare you paid. Many airline Web sites now have a link to the rules on your booking page. You can also ask a reservations agent.

Most U.S. carriers now charge a $150 fee to change or cancel a domestic ticket. However, international fares are more diverse and complicated. Depending on your booking code, your penalty may be as high as several hundred dollars, though $250 is currently the most frequently imposed fee on fares originating in the United States.

Don’t assume that just because you didn’t pay full fare (in coach that usually carries a code beginning with Y or B) that your ticket is non-refundable. There are mid-range fares that, for a fee, allow refunds to your credit card — a much better option than travel credit for a future trip. Not all airline agents seem to know that, so ask them to read the “penalties” section of the rules.

Michael Daniel, a traveler from San Francisco, had such an experience last month. He and his wife had to cancel tickets to Germany on United Airlines they had bought in February. Even though they could have paid as little as $600 each, they spent $1,900 per ticket to qualify for an upgrade to business class using their frequent-flier miles. Still, like most people, Mr. Daniel assumed he would only get travel credit rather than a refund.

I noticed a post he’d written on FlyerTalk, an online travel community, and suspected that he might be wrong. I consulted ExpertFlyer, an airline-data provider, and sure enough, the rules for that particular fare said: “Cancellations before departure charge USD200 for cancel/no-show/refund.” I sent Mr. Daniel a message to let him know.

He called United, but an agent told him that he’d only receive travel credit. “I firmly explained that this is a refundable ticket, and she arranged the refund after putting me on hold to check with a supervisor,” he said last week.

The cancellation rule also said that the fee is “waived for schedule changes.” That language usually applies to nonrefundable fares, too. A few months ago, I was able to cancel for a full refund a nonrefundable ticket to Germany, because the airline had taken my original flight off the schedule and booked me on another one nearly two hours earlier.

All major airlines have that policy, which also covers mileage tickets and allows redeposit of miles for free.

“If the schedule change moves the flight more than 90 minutes, it is eligible for a refund without fees if it does not meet the schedule needs of the customer, even if it is a nonrefundable ticket,” said American Airlines spokesman Tim Smith.

Unlike the so-called legacy or network carriers, low-cost Southwest Airlines doesn’t charge fees for changes or cancellations of nonrefundable tickets. “A customer can cancel their trip and have access to the full amount that they paid to apply toward future travel,” said spokesman Chris Mainz.

Moreover, if Southwest “cancels the flight for any reason — maintenance, weather, etc. — and the customer cannot make the trip, we will offer a full refund back to the original form of payment,” he said.

American seems to be a bit stricter. “We don’t control the weather, [but] we do have responsibility for mechanicals,” Mr. Smith said. “No airline’s schedules are guaranteed, per the Conditions of Carriage.”