The ethics of travel blogs 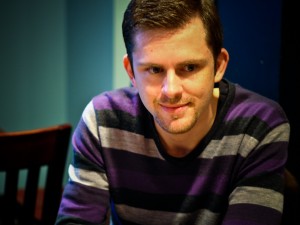 Chris Guillebeau writes the blog 'The Art of Non-Conformity.' (Photo by Jen Lemen)

Do travel blogs influence your decision-making when booking a trip? Does it make a difference to you whether an airline a blogger writes about has treated him to a free flight? When it comes to ethics, should readers be less strict with blogs than with the mainstream media?

There are hundreds, if not thousands, of blogs covering all aspects of travel — both from a business and leisure perspective. Most of them haven’t had a new post in months. As all initial enthusiasts eventually discover, maintaining a blog in any field is much more difficult than starting one.

Many travel blogs are dominated by the author’s personal experiences on the road and feature numerous photographs of airplane seats, in-flight meals and hotel rooms. They are informative — even educational — and sometimes entertaining, but their readership tends to be relatively limited.

The blogs with a larger following seem to be those that critically examine various facets of the travel industry and those offering specific advice about booking a trip, such as finding cheap tickets or securing upgrades. Because of their influence, those are the blogs that attract the attention of airlines, hotels and other businesses.

Travel companies are slowly awakening to the importance of new media. The bad news for them is that, unlike traditional media, where they have established relationships with a relatively small group of beat reporters, bloggers are much more difficult to manage. The good news for them is that the blogosphere has no editorial rules; authors are free to write anything they want, and they don’t answer to editors.

The absence of an ethics code hasn’t been lost on travel companies, which have been offering bloggers free or discounted flights, hotel stays and meals. Most mainstream media organizations are almost certain to decline such gifts.

If you are a travel blogger but don’t have the funds to travel regularly, a free ticket from an airline may be just what you need. There is no authority or professional association to scrutinize what bloggers write, so some of them don’t find it necessary to disclose their relationships with airlines — some even publish paid content.

Others accept free trips with the condition that there be no strings attached, and they will inform their readers of the arrangement. That seems to work well for both the writers and the companies — the former don’t hide anything and the latter get media coverage, which tends to be more positive than negative.

Chris Guillebeau, whose “Art of Nonconformity” blog is only partly about travel, recently took his first free trip after Air New Zealand invited him to attend a promotional event on the Cook Islands in the South Pacific. He actually travels plenty on his own — at 31, he has visited 111 countries — so his motivation had more to do with curiosity than a need to fly, he said.

“I’d never been asked by an airline to go somewhere at their expense before, so I decided I’d give it a try and see how it went,” Mr. Guillebeau said. “I don’t think I’d like to do it all the time, but once or twice a year would be OK. It was definitely a very different experience from my independent travel.”

The difference, he said, was that, for the first time, he didn’t have to worry about his hotel bill or dinner check. In the end, however, freedom is worth more than being wined and dined, he said. He made clear he didn’t pay for the trip in his posts.

Brett Snyder, who writes “The Cranky Flier” blog, has a bit more experience with free or discounted travel than Mr. Guillebeau and has come up with a “general policy.”

Earlier this year, Mr. Snyder was in contact with a public-relations team on a different issue when he mentioned that he was planning to spend his honeymoon in April in Tahiti.

“They said they had a client there, and they would see if they’d be interested in giving me a media rate for the trip,” he said. “I was very clear in my posts that we received a discounted rate at the hotels and not everything was positive. I told the hotels about this policy in writing before I accepted their offer.”

Just as with any reporter, it all comes down to his credibility with readers, Mr. Snyder said. “I know that my reputation lies solely with the content I provide, and I’m not willing to risk that by polluting my content with paid advertorials,” he said.