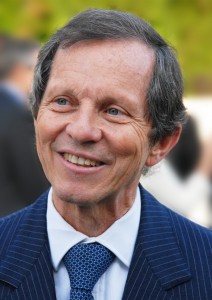 Should the world’s largest airline trade group openly criticize national governments that have enormous power over the industry? How likely is it that politicians will actually listen to that criticism, and could it backfire in the end?

Giovanni Bisignani, director-general of the Geneva-based International Air Transport Association (IATA), seems much more concerned about the industry’s future than not angering governments. In fact, he thinks officials’ failure to adapt their policies to new realities is hurting the airlines.

Mr. Bisignani made some daring comments aimed at specific governments at a press conference in Washington last week — in addition to projecting that the industry will lose about $11 billion this year, which made news around the world.

“Governments need a wake-up call to create a policy framework that supports a competitive air-transport sector capable of driving economic expansion,” he said.

The most pointed criticism he directed at Britain, which has increased already-high airport taxes to include “environment” charges. The British and other “European governments are fixated on using the environment as an excuse to squeeze more taxes out of the industry,” he said. He recalled asking British Prime Minister Gordon Brown how much of the billions his government collects in such charges “goes for planting trees” — the answer was none.

Similar taxes in other European countries, such as the Netherlands, have been reversed after the government realized that they were “very negative for the economy,” the IATA chief said.

To small countries, Mr. Bisignani said it is unsustainable to maintain a national airline out of pride. He called propping up a flag carrier even if it doesn’t make business sense a “very expensive hobby.” Instead, he said, those governments should explore “cross consolidation” — a reference to merging airlines from different countries or even different continents.

That’s where bigger countries come in. Mr. Bisignani singled out the United States, which doesn’t allow foreign citizens to control a U.S. carrier. He said the European Union understands the benefits of consolidation and has permitted airlines from one country to buy a carrier in another, citing Germany’s Lufthansa takeover of Swiss International Airlines, Austrian Airlines, Brussels Airlines and Britain’s BMI.

“The ability to merge or consolidate across borders could be a lifeline, particularly if the situation gets bloody later this year. Consolidation strengthened some European carriers,” he said. “Delta and Northwest are good examples on this side of the ocean. But in a global business, why restrict consolidation within political borders? Automobiles, telecoms and pharmaceuticals are all strategic industries benefiting from global capital. Why treat aviation differently?”

Consolidation in the EU is one thing, but bring in economic and labor interests in the United States and the picture changes dramatically.

Michael Smith, a former British Airways finance board director who is now managing director of the British consulting firm SeaMountain, said it’s unlikely that consolidation of the kind Mr. Bisignani has in mind will happen anytime soon.

“While in theory it’s a good idea, in practice it’s unlikely to get off the ground even if certain barriers are removed,” he said. “Even Lufthansa has to keep all the brands and associated costs in the acquisitions it has made.”

With the airline industry’s “lack of ongoing, sustainable profitability, something is clearly wrong,” Mr. Smith said. However, “mergers only work, according to all the research, whenever you either strip out costs — which hasn’t happened to any great extent with what Lufthansa has done — and/or remove a competitor, which is maybe good for the airline but not so great for consumers,” he said.

Mr. Bisignani has no intention to give up soon, though. In another daring comment last week, he proclaimed that the United States and Europe “are losing their leadership” in the industry by “defending an outdated system.”

“We don’t want bailouts,” he said. “But we need governments to look more seriously at this sector by investing in efficient infrastructure, replacing the proliferation of environmental taxes with a global solution for the environment, and giving airlines normal commercial freedoms to merge where it makes sense and to access markets and global capital like any other business.”