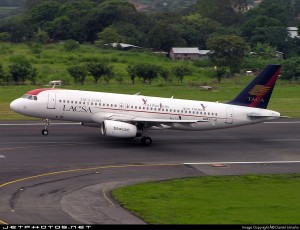 The practice of one airline selling seats on another carrier’s planes with its own flight numbers has been around for years, and many travelers are familiar with the term “code-sharing.” Yet even experienced fliers continue to be surprised by what amounts to false advertising.

It’s holiday time, and I’d love to write columns about how seamless and hassle-free travel is — which is true for me in most cases — but I keep hearing from readers about questionable airline behavior. In the latest example, LACSA, Costa Rica’s national airline, may have misled some customers.

Lance Cygielman, a travel agent from Jackson Hole, Wyo., wrote me after reading my column about British Airways’ refusal to honor fares from the United States to India it said had been published by mistake last month.

“I purchased what I believed were business-class tickets on LACSA from Chicago to [the Costa Rican city of] Liberia, for clients traveling in March,” Mr. Cygielman wrote in an e-mail. The outbound flight, with LACSA number 2132, was a code-share operated by United Airlines as flight 501. “When I called United [to get] seat assignments, they advised me that the tickets were not actually confirmed in business class,” but in coach.

Naturally, Mr. Cygielman went back to LACSA, which is part of the TACA Group, and a reservations agent told him he had “made a mistake” — “it made me look like an idiot in front of my clients,” he said. No wonder he felt that way – he could have had the same coach seats for a third of the money he’d paid.

I looked up LACSA’s tariff — the database where airlines publish all their fares — and quickly found the booking code in “I” class, which Mr. Cygielman indicated was the fare basis of the tickets he bought. It clearly said “restricted business class” and cost about $1,000 round trip before taxes.

So, what was the problem? Well, apparently LACSA wants to benefit from code-sharing without paying enough attention to the responsibilities that should come with it — including making sure that, when it sells business-class tickets, its partner will, indeed, seat passengers in business class.

One of the main problems of code-sharing is that different airlines use different booking classes, so they have to agree on how exactly each code translates in the other carrier’s inventory. Don’t forget that “booking class” is not the same as “service class.”

The Star Alliance, the global network of which United is a founding member, has done a good job in aligning the codes its members use to avoid situations like LACSA’s. In the alliance, “I” class is used to book “award” tickets in business class. But LACSA is not part of Star. For LACSA, “I” is a revenue booking class that provides seats in the business cabin.

To complicate matters, United doesn’t sell business-class seats on the Chicago-Liberia route. As it does on domestic flights, United calls its “premium” cabin first class on two-cabin aircraft. So LACSA should have secured space in that cabin for passengers with business-class tickets, and it’s not clear why LACSA didn’t. It likely got confused by United’s practice to sell that same small cabin as business class on its other Central American routes.

LACSA spokespeople didn’t respond to e-mail messages seeking comment, and United reservations agents said they couldn’t explain the discrepancy in the LACSA tickets — but because they were issued by LACSA, with its own flight numbers, it bears ultimate responsibility for where the passengers will be seated.

Mr. Cygielman found a LACSA agent who acknowledged the mistake, although his clients’ desire to fly in the front of the plane will remain unfulfilled. “Fortunately, I was able to refund the issued tickets, and the passengers will fly in coach, but of course it was embarrassing,” he said.

He has filed a complaint with the Department of Transportation, emboldened by its involvement in the British Airways case in which it asked the carrier to reimburse any expenses customers incurred for nonrefundable hotel or rental-car bookings because of their canceled plane tickets to India.

As a result of his complaint, he said LACSA contacted him last week and promised to investigate the case. Although the “I” fare still shows up in the inventory for the Chicago-Liberia route, he said the airline is no longer selling business-class tickets, according to the reservation system he uses.

“I do find it frustrating when the airlines make up rules when it comes to code-sharing,” Mr. Cygielman said.