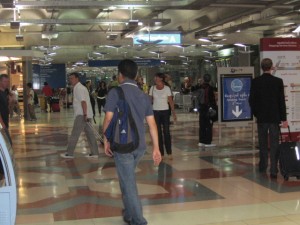 Have you been surprised to discover that your flight itinerary has little to do with your originally booked routing or departure and arrival times? Did you accept the changes, even though you didn’t like them? Next time, you could probably do better.

Schedule changes — those made by airline planning departments in advance, not those resulting from irregular operations — have always existed in the industry, but they used to be relatively rare and caused few major disruptions.

In recent years, however, they have become so common that I’m actually surprised when a week passes without changes in any of my future trips — I usually have about a half-dozen booked at a time.

Even more telling is the question that a senior manager in a major carrier’s reservations department asked me once: Why do airlines have so many schedule changes all the time? She didn’t really expect me to know the answer, and it wasn’t a rhetorical question because she couldn’t quite explain the trend, either. But she suggested that I ask the company’s top executives if I ever had a chance.

She was concerned that dealing with the consequences of schedule changes was becoming a burden for reservations and ticketing agents, since not only do customers need to be notified, but tickets often have to be reissued. Several employees could end up working on one reservation, including agents, their supervisors, the rate desk — if the so-called pricing record has to be rebuilt manually — and other agents who do manual ticket exchanges.

The most drastic wave of schedule changes in a long time happened in late 2008 and early 2009, when airlines were forced to cut capacity as the global recession caused a significant drop in demand. Numerous flights vanished from schedules overnight, and millions of travelers woke up to itineraries they barely recognized.

In the past year, I’ve had several tickets that underwent more than one alteration. While the capacity cuts were understandable, airlines added many more changes that had nothing to do with adjusting supply to match the demand for seats. A difference as small as a few minutes in departure time can seriously affect an itinerary if it includes connections.

Moreover, some carriers also change flight numbers, even if everything else stays the same. That may not seem a big deal, but it means that tickets have to be reissued, or at least re-validated — a simpler process that any agent can complete without help from superiors.

Airports are sometimes responsible for certain schedule changes, though not for flight numbers. For example, one of the runways at New York’s John F. Kennedy International Airport is currently being repaved, and its four-months closure has forced airlines to add about a half-hour to flights originating there to account for longer taxing before takeoff.

I realize the question why schedule changes are made so often these days remains unanswered, but nobody I’ve talked to about it seems to know.

What many travelers don’t know is that they don’t have to accept automatically the new flights on their itineraries if they are unreasonable. Almost all re-booking is done by computers. Even though airlines use sophisticated software that looks for an alternate routing to get you to your destination as close to your original arrival time as possible, machines are not humans, and sometimes they do illogical things.

So next time an airline alters your itinerary, take a look at what other options you might have and ask an agent to put you on the flights that would best minimize the inconvenience caused by the change.

For that to happen, first you have to be aware of the change. Although most carriers try to notify passengers by e-mail, relying on them is not a good idea. The best way to do it is to log on to your account on the airline’s website from time to time, and if your membership number is in your reservation, you should be able to bring up all your active bookings. There should be a prominently displayed indication if there has been a schedule change.

On occasion, this system fails, too — especially when the change is made by an airline different from the one that issued your ticket. In that case, since the issuing carrier doesn’t control the operating carrier’s inventory, you may be caught in a back-and-forth game.

Some of the most difficult changes to deal with are those on “award” tickets, mainly because seats you can book using your miles are very hard to come by. On a paid ticket, even if your original booking class is not available on the alternate flight you want, most agents will still give you a seat. That’s not the case with mileage tickets.

If you lost an “award” seat on the airline that issued your ticket, there is a chance it might open up a seat for you on a different flight, especially if you are an elite customer. But if the affected flight was on another carrier, you are most likely out of luck. Finding a new seat could be just as difficult as it was when you first tried to book your “free” ticket.