HomeWhen an airfare sale is not quite a sale 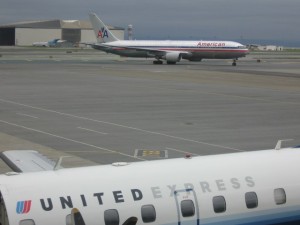 How do airlines decide what fares qualify as “sales,” and why do they advertise certain fares, but not other, much lower ones? Why is United Airlines promoting a “sale” between Washington and Boston for $109 each way, when there are currently six published lower fares in that market, beginning with $49 each way?

For the most part, I don’t bother to figure out why airlines do certain things anymore. I just gather all the information I need about what they do and try to work with it — or around it. Years of watching fares have taught me not to fall for those “sales,” because in many cases, I can find a much lower price to the same destination, on the same dates and on the same carrier.

Both United and American Airlines are currently advertising two fall sales on their websites. My review of the American fares showed that most of them are indeed the lowest available prices at this time. There are a few small exceptions — for example, I found a fare from New York to San Diego that is $5 lower than the advertised $164.

I say between Washington and Boston — not from Washington to Boston — because domestic fares are the same in either direction, unlike international fares, which are usually very different.

Some of the advertised United fares are truly the lowest published at this time. For example, $88 each way for Washington-Chicago, $108 for Chicago-Denver, and $157 for Chicago-Los Angeles.

There is another catch that could increase the benefit of the unadvertised fares to you. Typically, “sale” prices require a round-trip purchase. In contrast, most of the lower fares I found have no such condition. In fact, the major U.S. carriers have been publishing more and more truly one-way fares in recent months, which has always been the case with Southwest Airlines and other low-cost carriers.

To United’s credit, some of its current sales don’t require a round-trip purchase. That is, indeed, the prudent thing to do. If a round trip is mandatory, why advertise one-way fares? Of course, for marketing purposes, but I’ve always found that a bit dishonest and deliberately misleading.

I mean no criticism of United for promoting as “sales” fares that are higher than other published fares. I wrote this to warn travelers that they should check all existing fares between two cities before settling for what they think is a “sale” or the best deal.

Those of you who have attended my “On the Fly” Seminars know how easy it is to bring up on your computer screen all fares published by every airline on a certain route in just seconds.

Speaking of sales, Singapore Airlines has a rather attractive one to Singapore and Bali. Prices begin at $1,299 from New York, Houston, San Fransisco and LA, and include coach fare, two hotel nights in Singapore and three in Bali, city tours, one lunch and three breakfasts. Not a bad deal, given that the average airfare on that route is about $1,000. There are, of course, quite a few restrictions.