How not to sell hotel rooms

HomeHow not to sell hotel rooms 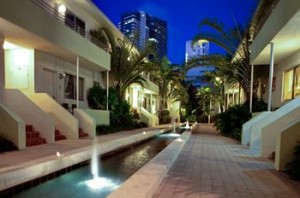 If you are in the hospitality business and a potential customer inquires about a product or service you are not offering at the moment, would you suggest an alternative or simply send the person away? The reservations office at the Dorchester South Beach Hotel did the latter last week, which I attributed to poorly trained staff.

I noticed on TravelZoo’s Twitter page a very attractive deal at the Dorchester, promising a room “across the street from the ocean in Miami’s trendy South Beach Art Deco District for $69 per night.” I just booked a trip to Miami in January, and though it seemed the promotion wouldn’t last that long, I thought I’d inquire anyway.

I called the hotel’s in-house reservations number, and an agent named Alvaro told me the low rate was valid only through late October. I expected he’d ask about my dates and at least check what rates he could offer — if not try to persuade me that the Dorchester’s standard prices are cheaper than the competition and I should absolutely stay there.

But Alvaro was in such a hurry to get rid of me that not only did he care little about when I wanted to visit, but I had no desire to ask about the January rates myself. I hung up in astonishment, but then I thought that it was Saturday and perhaps he was alone in the office and had other calls to answer — although I didn’t hear the phone ringing.

So I called back, only to receive the same apathy. Alvaro answered my question by telling me the standard rate was $179, and then reluctantly checked that a weekend night was $30 more. His tone and terse responses were the same as before. He obviously had no interest in even trying to win me over as a customer.

I expect his boss cares more than he does, but the Dorchester is a reputable hotel and should train its staff better. We all get annoyed sometimes when sales representatives go over the top trying to get us to buy something, even if it’s not remotely close to what we were looking for in the first place. But I’ve rarely encountered such poor customer service at what is supposed to be a luxury hospitality company.