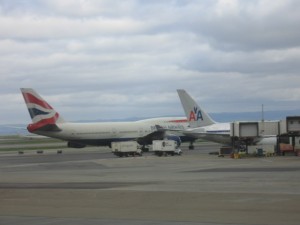 Many of us often wonder who would pay $10,000 or $15,000 for a plane ticket, but let me assure you, there are such people. Premium travel has staged a remarkable recovery in recent months. As I look at flight inventory, I’m amazed every day by how full Business and First Class cabins are on various carriers.

The case in point was actually very close to home, as the passenger was a colleague whom I’d helped book his ticket. Another curious detail was that, after the ticket was issued, he needed to move his return flight a day earlier, and British Airways imposed a $750 penalty for the change — yes, on a $12,000 ticket.

He had one connection — in London, of course — on his way to another European city. Not too complicated, one might think. However, when he arrived at his final destination, his luggage was missing. It was eventually discovered in London, but although British Airways had several more flights to the city where he was that day, the luggage wasn’t delivered at his hotel until 1 a.m. the following day — 12 hours after his arrival.

Not too bad, you might say. Many passengers wait days for their bags, and some never see them again.

I may have agreed with such an attitude had the airline not collected $12,000 from the passenger for this trip. How could any self-respecting carrier not take all necessary measures to ensure that such customers’ luggage arrives on time at the right place? In the grand scheme of things, this wasn’t a huge problem, but it speaks ill of the airline — and it certainly ruins the First Class experience.

What makes things much worse is that, a week after the incident, British Airways, which is a member of the Oneworld alliance, has offered no compensation, good-will gesture or whatever one might call it. Moreover, when the customer asked for a token of appreciation in the Concorde Room, the carrier’s First Class lounge at Heathrow Airport, on his return journey, his request was rejected.

Instead, he was advised to contact Customer Relations. While that may be considered a standard procedure in the airline industry, the airport agent could have been much more helpful and not passed the responsibility to someone else.

After all, the people who pay $12,000 for a plane ticket are not that many. Any airline should try really hard to keep them as customers.

Avoiding luggage and other airline fees