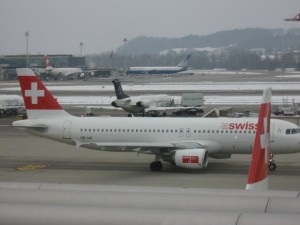 In late September, Swiss International Airlines filed a First Class one-way fare from Burma, also known as Myanmar, to Canada that was between $600 and $800 after taxes, depending on the specific routing. Was that an obvious mistake? Under normal circumstances, an educated traveler would probably say that it was. But there is much more to the story.

That was not the first time such a low fare out of Burma had been published. Just five months earlier, Korean Air issued tickets at similar prices — they were later canceled, but the Department of Transportation eventually forced Korean Air to reinstate them. Although I noticed that fare at the time, I didn’t bother to take advantage of it, suspecting it was, indeed, a mistake that wouldn’t be honored.

When I saw the Swiss fare in September, however, I wasn’t sure it was an error for two main reasons. First, I thought a serious international airline wouldn’t make a mistake that one of its peers made just five months earlier — especially Swiss, which had a very unpleasant experience with a $0 Business Class base fare from Canada to Europe and India in 2009. Second, Burma is opening up to the West, U.S. sanctions are being lifted and democratic and economic reforms are being undertaken — perhaps the low fare was an attempt to boost travel by Burmese and other citizens.

So this time I did book a ticket for a total $807 from Rangoon, also known as Yangon, to Toronto. I intended to use miles for the one-way trip to Burma. After all, $807 is not $7 or even $87, which would have been a screamingly obvious error.

A full week after my ticket was issued and my credit card charged, I received an e-mail message from Swiss claiming the fare was a mistake and unceremoniously informing me that my ticket would be canceled.

As it turns out, Swiss’ claim may not be entirely accurate. Following standard practice, the fare in question was published in the local currency of the country where it originated. Sometimes, airlines make lower fares available to customers only in certain markets and charge more for tickets issued elsewhere in the world, though that wasn’t the case here. The devaluation of the Burmese currency since April was the reason those tickets were pricing out significantly low in U.S. dollars.

It’s hardly a customer’s job to know this, and if Swiss didn’t bother to update its fare based on the currency fluctuations or to restrict the fare to tickets issued only in Burma, it should take responsibility and bear the consequences. I’m not an advocate of taking advantage of obvious fare mistakes, but in this case, I have no sympathy for Swiss. Its behavior is arrogant, and the DOT should force it to reinstate the tickets that included flights to the United States.

On the day I received Swiss’ e-mail message, I asked the airline’s spokeswoman in the U.S., Jacqueline Pash, for a better explanation of the carrier’s actions than “Oops, it was a mistake.” I also inquired whether Swiss would allow me to cancel a ticket for a full refund if I were to make a mistake and book the wrong date a full week after issuance. Pash said she was “looking into it,” but more than three weeks and a reminder message later, she has remained silent.