HomeMy book ‘America’s Other Army’ is out 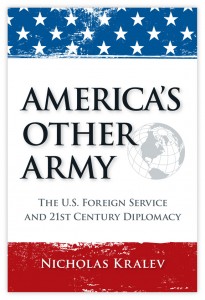