Out of the Studio, On to the Stump 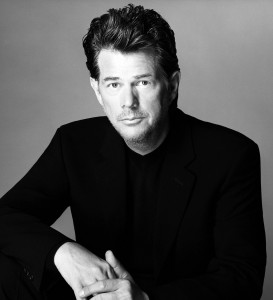 MALIBU, Calif. — Every time he’s done something for money, David Foster has failed. It’s an indication, he hopes, that he might succeed in his new undertaking.

Foster first recognised his “ability to motivate people” during his speech accepting a lifetime achievement Juno award, the Canadian equivalent of a Grammy, a few years ago. “I realised that I’d spent all my life motivating people. When a singer is in the studio, my job is to motivate him or her and get the greatest vocal.”

The way Foster intends to prepare for his prospective high-powered political post is as unusual as his ambition. At 51, the former senior vice-president of the Warner Music Group, who never finished high school, will return to the classroom in the autumn to sit in on college courses in political science, economics and management.

“I don’t need a degree,” he says. “I only have an 11th-grade education, so a degree would be a little too much to ask for. I know I have intellectual curiosity and want this education for points of reference.”

He’s not afraid of potential attacks on his lack of political experience during his campaign — he has decided he needs six years to get ready and plans to run in 2007 — and he responds to concerns about not having a university degree by citing Luciano Pavarotti’s rare talent to sing without being able to read the notes.

Foster’s reputation as one of the music industry’s heavyweights and the man behind numerous pop hits, as well as his smart lifestyle — he lives in Malibu, California, with neighbours such as Cher — are sufficient proof of brains and exceptional abilities, say his friends. He is also very well connected politically.

“The morning after the awards is the same — whether you win or lose,” he tells me. “You just move on to the next thing.”

“I’m really relaxed about money, but that’s because I have it. I love to have money — I wish I had more. I’d love to have a Gulfstream IV and a yacht.”

But there was a time — in the mid-1960s in London — when he couldn’t have dared dream about more than a hamburger a day. Having taken classical lessons for eight years in his hometown of Victoria, on Vancouver Island, he quit school at 16 and moved to England to join the Chuck Berry band. Three months later, when the band decided to return to the US, Foster stayed on, but was unable to find work. “I had no money, weighed 136lb and was a mess.”

He went back to Canada, “got some club gigs”, and at 21 “put together a band” and then went to Los Angeles. “We got a deal with Capitol Records and had a hit record in 1972.” But the band broke up and Foster became a studio musician, playing for George Harrison, John Lennon and Rod Stewart, among many others.

Then, in 1978, he decided to produce records. “I had looked on the other side of the glass in the studio and knew I could do what producers did. I was making over $100,000 a year, and I gave it all up, producing three records in the first year that all stiffed, and making $7,500.”

Fortunately, he met Earth, Wind & Fire, Alice Cooper and the group Chicago. “All hell broke loose. I had gone from the guy on the piano to the guy to produce pop records.” Then came Lionel Richie, Kenny Rogers and Bryan Adams. “It felt like everything we recorded became a hit, although it’s not true. It was an amazing feeling.”

Of the singers he has worked with, he says Celine Dion is “very loyal” and “Madonna has a great work ethic — always on time, hard-working and a true collaborative co-producer. Many artists just want the credit, but she deserves it.”

Foster now has his own company, 143 Records, and produces the popular show Popstars for WB television. He also has a foundation that provides financial aid to families of children in need of organ transplants.

I ask him how he listens to a song. “I can listen like a regular person or with the skills I have,” he says. “I would know every chord change, what the bass is doing, whether the vocal is single or double, whether they have used guys or girls for the background vocal, how many guitar layers there are — and I can listen to all those things simultaneously.”

He picks at random one of a dozen CDs lying on the table and pops it into the player. “The first thing I notice is a great delay on the guitar. The bass drum and bass are playing together. Now the vocals double; single, double again. Guys are singing on the bottom. The other thing I’m noticing is that they didn’t change the chords.”

If being a good listener is part of what makes a good governor, then Foster has at least one important qualification.