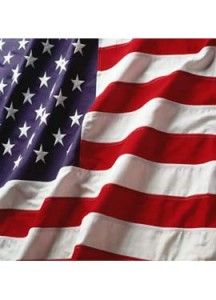 If you’ve traveled overseas in the past few years and watched CNN International in your hotel room or at an airport, you must have seen the commercial promoting travel to Croatia that runs several times a day.

More recently, newly independent Montenegro, another part of former Yugoslavia, has been showing off its tourist attractions on the air. It’s only natural for small countries to do that, but even Germany has promoted its tourism on National Public Radio.

When was the last time you saw or heard an ad campaign aimed at foreign visitors to the United States? For many years, both government and travel industry officials assumed that Brand USA was a sufficient incentive for millions of foreigners to flock to the new world and spend even more millions of dollars here.

They were right for the most part — until Sept. 11, 2001. Even though the number of overseas arrivals, as recorded by the Department of Commerce, has been growing since that deep plunge seven years ago, it has yet to reach pre-Sept. 11 levels. Last year, the number was lower by 2 million compared with that in 2000, which at about 26 million was the highest on record.

The difficulties of obtaining a U.S. entry visa abroad have been widely documented, and there have been many examples of travelers who don’t need a visa being turned back by immigration officers at the airport for various reasons.

In addition to the perception that the United States has become an unwelcoming place, the declining reputation of U.S. airlines is not helping American tourism, either. The most common reason among foreign passengers for ridiculing those carriers has long been their “old” flight attendants. They have a few more reasons now.

The latest of the recent “cost-cutting measures” announced by the major U.S. carriers, such as baggage fees and the end of free soft drinks and pillows on board, was United Airlines’ decision to stop offering meals in economy class on flights between the East Coast and Europe.

Being the only airline in the world to keep passengers hungry for up to nine hours on intercontinental flights was hardly expected to attract more foreign customers. As the thousands of comments in online forums showed, it has less to do with having to pay $9 for a salad or a chicken wrap and more with the perception of being cheap.

On Tuesday, United canceled its plans, citing negative feedback from its customers.

Still, one industry group, the Travel Industry Association (TIA), is so worried about the state of travel in the United States that it has called on the two main presidential candidates, Sens. Barack Obama and John McCain, “to detail their plans for improving the domestic and international travel process.”

No one can tell for sure when the U.S. travel experience will improve. But perhaps it’s time for a major advertising and marketing campaign overseas, in which government and the industry can work together.

The Department of Commerce’s Office of Travel and Tourism Industries says on its Web site that its mission is “expanding travel and tourism business opportunities for employment and economic growth” and “development and management of tourism policy, strategy and advocacy.”

In practice, the office is occupied mostly with generating statistics. With the current state of the economy, there are probably more important problems for the federal government to fix, but tourism is a lifeline for states such as Florida and Nevada.

The weak dollar has provided a good opportunity to attract more foreigners. Yet fewer than 24 million overseas visitors came to the United States last year. In the same period, more than 31 million Americans traveled overseas, despite their currency’s weakness.