Traveling solo has its charm

HomeTraveling solo has its charm 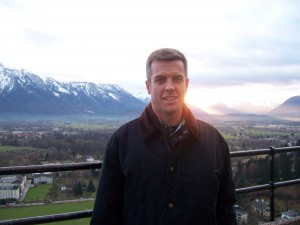 Timothy Murphy of Phoenix during a solo trip to Munich.

How many times have you wanted to take a trip somewhere, but ended up staying home because you didn’t want to travel alone? Next time, don’t let that ruin your plans. Traveling solo is a great way to see new places and make new friends.

I don’t mean joining a tour group, though that’s certainly one way to meet like-minded people. Such groups tend to visit the most obvious tourist sites and don’t interact with locals — not the best path to learning about other cultures and lifestyles.

If you pay for a plane ticket to a foreign country, you are probably not the type to spend the trip watching MTV in your hotel room and eating at McDonald’s. And most likely, you do at least some preparation by reading travel guides to figure out what places you should visit.

The modern version of the old travel books are Web sites, such as pioneer Lonely Planet.com and the newer TripAdvisor.com. Along with the usual historical and sightseeing information, they offer tips about accommodations, dining and entertainment. Many of those tips come from travelers who have tested their recommendations, and they can save you even more money than if you buy a package tour.

You can also post questions about your chosen destination on those sites’ forums, and you are likely to get some answers quickly.

While many travelers do their homework before departing on a trip, others don’t have time for it or prefer the excitement of discovery as they go. And then there are those who like to be shown around by locals — not only because they know places you can’t read about in the books and it saves time, but because that’s the best way to see what life in a foreign country is really like.

One way to do your homework is to find locals through an online social network called aSmallWorld.net. Because one can only join by invitation, members consider each other vetted, so if you happen to be visiting their city, most of them are happy to show you around, take you out for a drink or dinner or even throw a party for you. I’ve met dozens of interesting people in many of the countries I’ve visited that way, and I still keep in touch with quite a few of them.

Timothy Murphy, a project manager at a consumer bank in Phoenix, is not a member of aSmallWorld, but he has no problem meeting people on the road. His partner is not as keen on long trips as Mr. Murphy is, so he often travels on his own.

“When I was younger, I used to stay in youth hostels, where you meet people just by being in the room,” he said. “You can also meet people while sitting on a plane.”

His solo travel experience dates back to 1994, when he was an exchange college student in the Netherlands. He went on a last-minute trip to Austria, where he met a fellow traveler from Australia at a hostel, and they toured central Europe together for a week.

Mr. Murphy said that, when he meets locals overseas, he tries to catch a glimpse of what their lives are like as much as possible in the limited time he is there, and often learns words and phrases in their language in advance. He has also traveled with members of FlyerTalk.com, the frequent-flier online community I wrote about last month. They went to Frankfurt in February and were hosted by a local FlyerTalker, as they call themselves.

Hotels have also been trying to make solo travelers feel less lonely on the road. The Starwood chain, which includes brands such as Sheraton, Westin and St. Regis, has created “the Lobby,” a service offering information about happenings in the cities where it has properties.

“It’s so easy to stay home,” Mr. Murphy said, “but you won’t see the world. So get a passport even if you don’t have immediate plans to travel, because you never know when you’ll need it, and it takes time to get it. What if you saw a great deal for travel in a couple of weeks?”