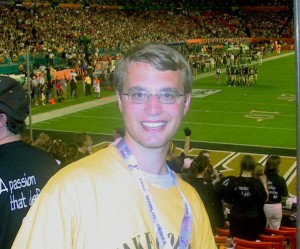 Does elite status with your preferred airline or hotel chain seem elusive this year? The good news is, year-end promotions offering elite fast-track and bonus points are back. The bad news is, they are fewer and less generous than in the past.

That, of course, is hardly surprising, with all the ills that have befallen the travel industry in recent months. What is surprising is the diversity of those deals, depending on the loyalty program to which you belong. No two of them are exactly alike — except that most require registration and end Dec. 15, so holiday travel is not covered.

American Airlines is offering its customers who fly a round trip between the United States and Britain a free companion ticket for a future trip to either Britain or the Caribbean. The catch is that, for your initial journey across the Atlantic, low economy fares don’t qualify.

British Airways is adding two free hotel nights to certain tickets to Britain, but the booking deadline for that promotion was Oct. 2.

If you left most of your flying for the last quarter of the year, hoping to benefit from offers of double elite-qualifying miles, you are almost out of luck. Several domestic airlines already ran such promotions in the spring, including American, United and Delta Airlines. The chances they will repeat them are very low at best.

A notable exception is Delta, but its offer is limited only to its shuttle flights from New York to Washington and Boston. Unlike US Airways and United, Delta has preserved the 500-mile minimum you can earn on any flight, regardless of its actual distance. So a round trip on the shuttle would give you 2,000 miles that count toward your elite status. Delta is hoping to attract some US Airways customers, who can earn only 428 total miles for the same trip.

Delta has been more generous than its competitors this year in awarding elite miles. In addition to the shuttle special and the spring offer, it also has a “Happy Birthday” promotion. It gives you double elite miles during a period of about two months around your birthday.

But not all members of Delta’s SkyMiles program are happy.

“My biggest concern with the double [elite miles] is the easy way in which you can earn status,” said Jeff Merski of Bloomington, Minn. “A savvy traveler can earn double miles for four months this year. This alone will undoubtedly swell the elite ranks by quite a significant margin,” which “creates more competition for upgrades” and exit-row seats.

Among the major hotel chains, the Priority Club program of InterContinental, Crowne Plaza and Holiday Inn is celebrating its 25th anniversary with a double-points promo, beginning with your second stay.

Hyatt Gold Passport is offering a free night for every two paid stays until Dec. 30. Wholesale rates booked through Web sites such as priceline.com and hotels.com don’t qualify.

Starwood, which includes such brands as Sheraton, Westin and St. Regis, has the most creative and generous year-end promotion. It offers 12 choices that you can personalize and earn bonus points, free nights, elite-status fast track or gift cards for stays until Dec. 31.

“It’s an excellent promo, not because the offers are extraordinary, but because I get to select from a broad array the one that fits my travel needs,” said James Rathburn, a New York media and entertainment consultant. “In the past, I might get offered something other would prize, like double stays, but not get the points award I craved.”

In a rare move for the travel industry, Starwood recently started a program that allows its members to redeem hotel points for any flight on most major airlines that has a seat for sale, bypassing capacity controls on “award” seats. You can even earn frequent miles on those flights with the loyalty scheme of the respective carrier.