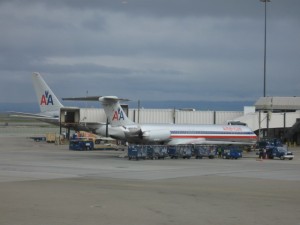 Are you resigned to being kicked off the airline elite-status wagon because your travel has dropped significantly this year? Don’t give up quite yet. The trips you make in the next couple of months could earn you double miles that count toward your status, so you could maintain it with half the normally required travel.

It has been rather amusing, though hardly surprising given the persistent slump in demand for seats, in the last two weeks to watch the so-called U.S. legacy carriers match and sometimes outbid each other in their efforts to entice more customers to buy tickets.

You might have heard about the various fare discounts currently on offer, including prices to Europe of just more than $400, including taxes and fees, which haven’t been seen in years. The airlines have also been giving bonus frequent-flier miles on certain routes, but those are usually only “redeemable” miles, which means that they can be used for free tickets and other “awards” but are not “elite-qualifying.”

On Feb. 3, US Airways was the first this year to announce a promotion granting double elite-qualifying miles through the end of March. Because the main point of such an offer is to get customers to buy new tickets, already-issued tickets didn’t make the cut.

Airlines used to offer such fast tracks to elite status (entitling fliers to priority check-in and boarding, free upgrades to a higher class of service and waivers of recently added fees for checked luggage and exit row seats) toward the end of the year, so members of their loyalty schemes who hadn’t flown enough miles to re-qualify could top off their accounts. The only problem for the carriers was that, by that time, many travelers had reached the necessary mileage levels and had no reason to buy new tickets.

It made more sense to appeal to the uncertainty customers feel about the prospect of earning enough miles at the beginning of the year, so in the last couple of years, those promotions have surfaced much earlier. They have become very popular among travel enthusiasts who have actively urged the airlines to offer them.

For weeks after the US Airways announcement, online travel forums were buzzing with speculation and direct appeals to other major carriers to follow suit. On March 17, American Airlines finally came out with its own promotion, effective through June 15. It didn’t allow previously issued tickets, either. Two days later, United Airlines matched American’s offer, with the same restrictions.

The game-changer was Continental Airlines promotion just a day after United’s — it applies to all tickets, regardless of their issue date. That gave United customers enough ammunition to flood the airline with requests for relaxing the rules. United resisted, so passengers who already had tickets started calling the reservations desk to reissue them, not minding the penalties.

On Tuesday, United relented and revised the rules. “We are responding to member feedback in making this promotion available to those who booked their travel prior to it starting,” said spokeswoman Robin Urbanski.

United customers were ecstatic. For Mark Fridkin, a health care consultant from Detroit, the change meant that the trip to Bangkok he began last week would bring him closer to the 100,000 miles he needs to keep his top-tier status. “This gesture only enables those people who fly on a regular basis, and have already booked significant travel, to enjoy the benefits of the offer,” he said. “As it does not add any additional mileage to redeemable mileage balances, there is no additional liability to United.”

American, meanwhile, refused to play by the Continental and United books.

“We are not planning to change our offer,” said spokeswoman Marcy Letourneau. “The main purpose of this offer is to stimulate new bookings. Despite the state of the economy, we hope a promotion like this will motivate customers to go ahead and book that business trip, recognizing the value of spending face time with their customers and colleagues.”

US Airways hasn’t budged, either, though it extended its promotion by a month, through the end of April.

Delta Airlines, which now owns Northwest Airlines, was the last of the legacy carriers to join the double-elite-qualifying-miles game. It also imposed the strictest rules, excluding not only existing tickets but also new tickets booked at the most discounted fares. Perhaps it felt it was too generous last year, when it allowed miles earned through non-flight activity to count toward elite status.

That’s just fine with frequent travelers who worry that the ranks of elite fliers are ballooning too rapidly.