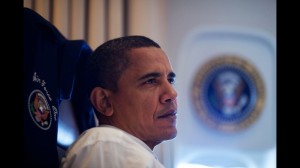 As a result of the reversal, some donors to President Obama’s election campaign — as well as senior advisers and other supporters of the campaigns of Vice President Joseph R. Biden Jr. and Secretary of State Hillary Rodham Clinton — are likely to find their hopes of being rewarded with an embassy dashed.

“The White House has come around, and we truly expect that, at the end of the process, the balance will be within historical norms,” said one senior administration official who asked not to be named because he was discussing internal deliberations.

Mr. Obama has been criticized in recent weeks for continuing the tradition of handing out ambassadorships to major campaign donors with no experience in foreign affairs.

The Washington Times reported Tuesday that an old college roommate, the head of an entertainment production company and a lawyer whose family made its money selling vacuum cleaners are among more than a dozen people who have been given ambassadorships after raising a total of at least $4 million for Mr. Obama’s campaign, according to public records.

The decision to uphold the historic ratio of 30 percent political appointees and 70 percent career diplomats came only after members of the Foreign Service protested to White House staff and Mrs. Clinton’s chief of staff, Cheryl D. Mills, officials said.

“There was some question about how sacrosanct the 30 percent was,” the senior administration official said.

Although the 30-70 ratio is not official, “all administrations have adhered fairly closely to it in the last several decades,” said Steven B. Kashkett, acting president of the American Foreign Service Association (AFSA), the diplomats’ union.The U.S. has 175 ambassadorial posts.

Senior political appointees at both the White House and the State Department apparently were not aware of past practice and were en route to exceeding 30 percent political appointees, several career diplomats said. That message was conveyed to Harry K. Thomas Jr., who until recently was director-general of the Foreign Service, they added.

Concerned that too many political supporters of Mr. Obama, Mr. Biden and Mrs. Clinton, who ran separate campaigns during last year’s Democratic primaries, may be expecting to become ambassadors, career officials at the State Department alerted Ms. Mills several weeks ago. She raised the matter with Mrs. Clinton and later involved the White House, officials said.

“The thinking on this issue has evolved at the White House,” the senior administration official said. “They have come to recognize its importance in light of the president’s campaign promises.” He noted that those who expected jobs but will not get them now should not be too concerned, because the administration “will need talent later.”

The White House did not respond by publication deadline to a question about preserving the 30-70 ratio.

Mr. Obama ran on a pledge to emphasize diplomacy and transparency but appeared to be well on his way to inflating the number of political appointees as ambassadors until the Foreign Service intervened.

Even if the White House respects the 30-70 ratio, “we still have concerns,” Mr. Kashkett said. “Thirty percent is not a comfortable number. We feel very strongly about the importance of appointing primarily professional diplomats as ambassadors.”

Political appointees counter that an ambassador is the president’s personal representative to a foreign country, and Mr. Obama has the right to choose the person he wants for a particular position.

A senior Foreign Service officer, who spoke on the condition of anonymity to avoid retribution, said that increasing the number of “political ambassadors” would affect the service’s top ranks, because there would be fewer assignments career diplomats can take and some might be forced into early retirement.

Career diplomats always bristle at the prospect of traditional career posts “going political.” Some said there are indications that such posts in countries including the Philippines and Peru might be taken away from the Foreign Service. Mr. Thomas was supposed to go to Manila this summer, they said, but that no longer appears to be the case.

Other career officers said they were not sure what to make of Mrs. Clinton’s decision to create new positions in Washington for senior officers who have served as ambassadors, because they saw it as a sign than fewer ambassadorial assignments may be available to them. The secretary’s aides said the positions came before their occupants, rather than the other way around.

For example, Mrs. Clinton tasked Daniel Fried, former assistant secretary of state for European affairs and ambassador to Poland, to oversee sending Guantanamo Bay inmates home or to third countries. A senior State Department official said Mrs. Clinton chose Mr. Fried because of his experience working with the Europeans, who are the most likely recipients of prisoners.

However, Mrs. Clinton appointed Philip S. Goldberg to coordinate implementation of the latest U.N. Security Council sanctions resolution against North Korea. A former ambassador to Bolivia who was expelled by the government of President Evo Morales last year, Mr. Goldberg has served mainly in Latin America and the Balkans and has no experience in Asia.

Several Foreign Service officers praised Mrs. Clinton for standing up for the service at the White House, though they said they have to wait and see whether the percentage of political appointees is capped at 30 percent.

According to a list AFSA keeps on its Web site and updates every two weeks, there are 175 ambassadorial positions around the world. As of July 1, about 26 percent of them were occupied by political appointees, but more than 11 percent were vacant. Those numbers are likely to fluctuate in the next several months because of summer rotations in the Foreign Service and more political appointments expected from the White House.