HomeBack to basics of air travel 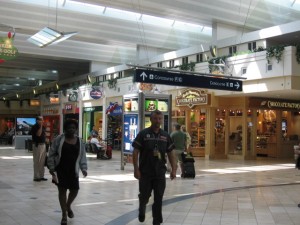 Many of us have learned the ins and outs of air travel in great detail and mastered the frequent-flier game in recent years, but two incidents this month reminded me that we often take for granted some basics that are unknown to many travelers.

Did you know, for example, that there are still people who have no idea they can check in for a flight online, even though they fly at least once a year? Or that some passengers miss their international flights because they are not aware they need to be at the airport by a certain time?

Last week, I was stuck at the Minneapolis airport for hours because of bad weather. The airline I was flying had shut down its business lounge there, so there would be no peace and quiet or free soft drinks and snacks for me. The airport’s only wireless Internet service, provided by Boingo, didn’t work on my laptop.

Just as I was about to make a tragedy out of having to endure a crowded gate area with no connectivity, I remembered a young man I’d met a week earlier on a bus ride to Washington Dulles International Airport. He had missed a flight to Paris on Air France the night before and was going back to Dulles hoping to get on the next flight.

“I’ve never flown internationally before and didn’t know when to get to the airport,” he said, adding that he had taken domestic flights in the past.

He arrived for check-in about 80 minutes before his 9:55 p.m. flight, he recalled, but there were no agents at the Air France counter. He phoned the carrier’s call center in the United States, only to find out that it closes at 7:30 p.m. A friend tried a number in Asia, where it was already morning, but an agent there said she couldn’t do anything. Finally, he phoned a colleague he was supposed to travel with who was already at the gate to see if an agent there could help — again, no luck.

According to most airlines’ rules, unless you pay full fare for a refundable ticket, you must cancel your flight before takeoff or you lose the ticket’s value. That’s exactly what happened to the young man, who asked to remain anonymous because his planned trip was business-related and his office didn’t want him to go public with his experience.

I asked him why he didn’t check in online — always a good idea, even if you think you’ll be at the airport with plenty of time to spare — and he said he didn’t know one could do that.

Still, I thought, perhaps not all is lost. Air France’s check-in deadline is an hour before departure, and if, indeed, he got to the counter 80 minutes earlier and there were no agents, the airline should take responsibility and rebook him for free. So once we arrived at Dulles, I walked to the counter with him. However, the agent there insisted that he himself was at the counter at the very time the passenger claimed he couldn’t find anyone and refused to honor his ticket. The young man has yet to take his first overseas trip.

Last week, a much more experienced international traveler reported another incident that many frequent fliers blamed on the passenger’s lack of knowledge.

Michelle Renee, an author and former bank executive, recently surprised her daughter with a trip to Australia for her 16th birthday. She said she bought tickets from Los Angeles to Melbourne on United Airlines for $586 each, including taxes — an amazing deal, given that the lowest fare was more than double that amount a year ago.

The entry of Delta Airlines and V Australia Airlines in the U.S.-Australia market this year has broken the longtime duopoly of United and Qantas Airways and resulted in the lowest fares between the two countries ever. Cheap tickets, however, come with restrictions and penalties.

After backpacking around Australia, Ms. Renee and her daughter arrived in Sydney. Their tickets had them flying back home from Melbourne, with a brief stop in Sydney on the same flight number, but Ms. Renee saw little sense in going to Melbourne only to turn around right back to Sydney. When they showed up at the United check-in counter in Sydney, she was stunned to find out that she had to pay a $250 change fee per ticket for missing their Melbourne-Sydney flight.

“I felt like I had just been cornered and robbed in an alley by a bully that looked a lot like the United counter guy,” Ms. Renee wrote on her blog.

Most readers who commented on her entry, however, had little sympathy for her. As many frequent fliers know, if you miss a ticketed flight voluntarily, the rest of your ticket is automatically voided — so if you need to make a change, call in advance. It seems the United agent did Ms. Renee a favor by salvaging the tickets in exchange for $250 each.

“I learned a lot from this lesson, especially from reading the comments on my blog [and] won’t be making that travel mistake again,” she wrote in an e-mail Friday.