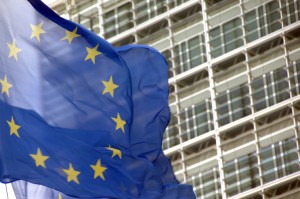 It was stunning to read a public statement by the EU’s top diplomat in Washington earlier this month that was anything but diplomatic and compared America to Alice’s Wonderland. It seems the Europeans have had it. They can’t quite understand why Washington is so intent on making traveling to America more difficult for them year after year, coming up with one policy or requirement after another.

Almost overnight after Sept. 11, 2001, the perception that America had become unwelcoming to foreigners spread around the world. Stories about the difficulties of getting a U.S. visa and lengthy inspections and questioning by airport immigration officers appeared in the foreign media almost daily.

Most Europeans benefit from the visa-waiver program and are spared at least that significant part of arranging a trip to the United States, but they protested loudly when the George W. Bush administration decided to fingerprint all visitors. Many still say they feel they are being treated like criminals every time they arrive at a U.S. airport. The outcry was just as loud when Washington demanded that airlines gather personal passenger data that went beyond names. Many in Europe called it invasion of privacy.

The U.S. government cited security reasons for its new requirements. The additional information, it said, would make matching names against terrorist lists faster and more precise, lowering the number of people incorrectly identified as posing a risk.

Those measures apply equally to U.S. citizens and foreign nationals, regardless of their home country, though fingerprinting is still limited to visitors. The latest initiative, however, covers only travelers from the 35 visa-waiver countries, most of which are in the EU.

For the past several months, such travelers have been required to apply online at least three days before their trip to get permission to enter the United States, through the Electronic System for Travel Authorization (ESTA). Washington has assured the EU that ESTA is not a visa in disguise, citing as proof the fact that it’s free of charge.

However, new legislation passed by the Senate last week and likely to be approved by the House would levy a $10 fee that must be paid by each passenger along with an ESTA application. According to the bill, the fee is for “tourism promotion” and has nothing to do with ESTA. A public-private partnership is supposed to wage a campaign to explain the latest U.S. entry requirements and procedures to foreigners.

John Bruton, the EU ambassador to Washington, called the new fee “effectively a tax on tourists to encourage tourism, which is a questionable — if not paradoxical — concept.”

“The proposed $10 penalty for entering the United States is being sold as a ‘tourist promotion’ measure, but only in ‘Alice in Wonderland’ could a penalty be seen as promoting the activity on which it is imposed,” he said in an unusually terse statement.

Mr. Bruton also questioned why only visa-waiver travelers have to pay the fee — and not other visitors or Americans, a policy he called “discriminatory.”

“We are also concerned that, once introduced, the charge on visitors could be increased to meet other unrelated funding needs,” he said. “In combination with other congressional measures…, this measure increases the cost of flying across the Atlantic, and it might actually result in fewer, not more, travelers coming to the United States.”

As many frequent travelers have pointed out in online forums over the past 10 days, this is not about $10. Most visitors pay $131 for a visa, in addition to any expenses associated with traveling to the nearest U.S. embassy or consulate, which could amount to hundreds of dollars.

It’s about calling a spade a spade. If there are costs related to ESTA that need to be covered, Washington has the right to charge for the service — as does Australia, for example — but it should say so. Introducing additional entry requirements and charging a fee to be spent on persuading foreigners that those measures are not that bad, after all, is a very peculiar policy.

“Linking travel promotion with national security is a dangerous precedent,” Mr. Bruton said. “ESTA’s function is to vet travelers against watch lists, not to collect revenue for the travel industry.”