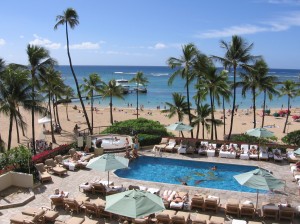 Elite members of Hilton HHonors, the hotel chain’s loyalty scheme, have been puzzled for years by its sliding competitiveness. Now the company’s management has stunned them by devaluing the program even more at a time when the industry desperately needs frequent travelers.

Beginning in January, you will need about 25 percent more points on average to book a free night at a Hilton chain hotel, including Conrad, Doubletree and Embassy Suites. That is the combined effect of increased redemption requirements and raised “award” categories of many properties.

I’ve been trying to find a reasonable explanation for that move, both from the company and some of its elite Diamond members, since the changes were announced somewhat quietly late last month. I’m still searching for it.

The best the company could come up with was that its award chart had remained “constant for more than six years” and, “as the costs of doing business increase, it is inevitable that point levels will eventually need to be modified.”

“Most of our competitors have long since increased point levels and, in some cases, several times over,” said Jeff Diskin, senior vice president for global customer marketing for the company, which recently changed its name to Hilton Worldwide and moved its headquarters from Beverly Hills, Calif., to McLean, Va.

Comparing Hilton’s practices to those of the competition is natural for any business, but there is nothing worse from a customer perspective than when a company matches only the negative decisions of others and ignores the positive.

According to many Diamond members, that’s exactly what Hilton is doing. While Starwood, which includes Sheraton, Westin and other brands, and the InterContinental Hotel Group’s Priority Club have been offering a variety of new promotions and benefits in recent years, Hilton HHonors has become one of the least attractive hotel programs, they say.

“Hilton’s devaluation at this time seems to fly in the face of other programs working hard to keep my business,” said Randal Newton, a San Diego traveler who has top status with Hilton, Starwood and Priority Club. While the last two programs “are having numerous promos geared towards elites, Hilton proceeds to devalue the points.”

Hilton members also point out that its current redemption levels, although unchanged for six years, are not much lower than those of its competitors — certainly not by 25 percent. In addition, they say, when other programs raised their point requirements, it made more sense in the business environment at the time.

“When Marriott announced its points devaluation last year, there wasn’t nearly the same outrage as you see with Hilton because the economy was just starting its downturn and hotel rates were still high,” said Theo Brandt-Sarif, publisher of TravelExpert.com. Unlike Hilton, Marriott added a fifth free night and lowered the categories of some hotels, most notably in Hawaii, “thereby neutralizing some of the devaluation for Marriott’s most loyal customers.”

Mr. Brandt-Sarif suggested that Hilton’s decision was driven by an attempt “to decrease the liability” on its balance sheets from “too many points chasing too many nights, as a consequence of not one but two Hilton-branded affinity credit cards.”

Mr. Diskin said the company “notified members of the change several months before it even takes effect” on Jan. 14, referring to an e-mail message sent Oct. 21. However, Mr. Brandt-Sarif noted that “there is no mention of the changes on the Hilton HHonors Web site.” I did find the new chart by following various links, but it was six pages away from the home page.

The two Hilton benefits unique in the industry — earning both points and airline miles for the same stay and allowing “award” stays to count toward elite status — will remain for the time being, but Mr. Newton said they are no longer enough to secure his loyalty.

“I’m planning on defecting,” he said. “Hilton Diamond is just not worth it to me anymore.”