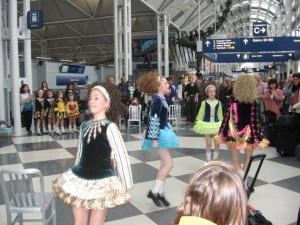 Do you find that air travel has become a complex game of numerous airline rules, growing restrictions, oversold flights and never-ending fees? Do you feel knowledgeable enough and prepared to navigate that labyrinth before, during and even after a trip?

I often compare booking travel to a science — with so many different booking codes, fares, upgrade requirements, penalties and other conditions for changes and cancellations, it’s almost impossible for fliers to keep track of it all. That makes them heavily dependent on airline agents, and it’s well known that you can hear different answers to the same question.

It’s to be expected that average travelers have no idea in what booking class their tickets were issued — there are about a dozen coach booking classes, which are not the same as service classes — or how upgrades work. But I’ve been surprised by how many frequent fliers have no clue, either, including people who fly more than 100,000 miles a year.

Ignorance is sometimes a blessing, but in this case, those very loyal airline customers don’t take full advantage of the benefits that come with their top elite status. Although I’d heard about such travelers and read stories about people letting valuable upgrades expire, because they didn’t even know they had them in their accounts, I didn’t know anyone personally until recently.

At a dinner party a couple of months ago, I met a gentleman who had just retired from a big multinational company, for which he traveled extensively around the world and maintained the highest elite status on United Airlines for years. He said there was no way for him to keep that status without his previous job, and with only a few domestic and international trips planned for this year.

As he looked at me in disbelief, in less than five minutes, I explained why and how he didn’t have to lose his status. All he needed to do was learn the basics of fares and airline inventory, think strategically and plan smartly when booking his travel, so he could maximize his mileage and minimize his spending.

Such a strategy would not only be beneficial for him, but it would also be good for United, because it would keep his loyalty to the carrier and generate more revenue. It’s hardly a secret that the only sensible way to travel today is to be an elite member of a frequent-flier program and take advantage of such benefits as fee waivers, upgrades, priority boarding, airport lounge access and dedicated reservations phone lines.

On a flight a week later, I sat next to a lady whose elite status on United was similar to that of George Clooney’s character on American Airlines in the film “Up in the Air” — that elite level is not officially published and is determined by the miles flown only on full-fare tickets. Yet the reason my seatmate was in business class was that another passenger didn’t show up — otherwise, she would have been stuck in a middle seat at the very back of the coach cabin.

Because someone else had booked her ticket, she didn’t bother to get a seat assignment in advance, and as an elite member of United’s Mileage Plus program, she has free access to the Economy Plus section, which offers extra legroom. By the time she checked in at an airport kiosk, there was nothing but a middle seat left — not even in Economy Plus.

I asked why she hadn’t requested an upgrade at the time of ticketing weeks earlier, using one of the upgrade certificates banked in her account. She said she didn’t know she could upgrade the very low fare she had — that is sometimes the case on international flights, but this was a purely domestic trip, so there were no fare restrictions.

She also didn’t know how many upgrade certificates she had in her account, and of course she had no idea that two of them would expire in three days, which she found out when I showed her how to view that information on United’s Web site. She didn’t know the difference between the domestic and international upgrades she had, either.

In the weeks after meeting those two elite fliers, I wondered what I could do to help them learn the most important things they needed to know in order to make their travel more comfortable, less stressful and to enjoy the benefits they have earned through their loyalty.

So earlier this month, I gathered my new acquaintances and a few friends for a free seminar — I tried to pack the most valuable lessons I’ve learned in nearly a decade of frequent travel in four hours. My “students,” however, had so many questions that we ended up staying two extra hours.

“Learning how the system works was a real eye-opener,” said one of the participants, whose elite status is lower than that of the two high-flying travelers mentioned earlier, but who is keen on flying more in the future.

“I thought I’d done a good job in the past of getting the best deals, but now I realize how much more efficient I can be,” he said. “What’s more, I learned how to make the system work for me, to get much more for much less than I though possible. It really opens up doors I thought were closed to only the jet-setting rich and business travelers. Learning the system is the only way for the avid or aspiring traveler to make sure they aren’t being taken for a ride.”