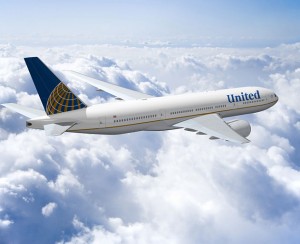 The management teams of United Airlines and Continental Airlines have never seen eye to eye when it comes to customer loyalty, and that seems to be causing trouble during their merger preparations. My inside sources tell me that Continental executives don’t quite understand United’s big emphasis on loyalty in recent years.

It also appears that Jeff Foland, who last week was named head of the combined carrier’s frequent-flier program, Mileage Plus, will have a tough job selling United’s current philosophy to his new bosses in the Continental team, which will run the company once the merger is completed, most likely around year’s end.

Even though Foland, who has been United’s senior vice president for worldwide sales and marketing since 2006, didn’t have a direct formal role in Mileage Plus’ decision-making, he is said to be greatly influenced by the way his current superiors and colleagues do business. After all, his entire short career in the airline industry has been spent at United.

In addition, all United call centers, including the only remaining Mileage Plus center in Rapid City, SD, reported to Foland, so he is no stranger to the recent drive to turn the program into a profitable business.

Foland will succeed Graham Atkinson, the outgoing Mileage Plus president, who used to have Foland’s present job. As I wrote in February, Atkinson is responsible for changing United’s overall approach to loyalty by proving that what’s good for customers doesn’t necessarily have to be bad for the company.

Most of the changes he made in less than two years on the job have been welcomed as major improvements by Mileage Plus members, including the introduction of one-way awards and eliminating so-called close-in fees, charged when an award ticket is issued less than three weeks before a trip. The attention Atkinson has paid to customer feedback and the degree to which he has acted on that feedback are extremely rare, if not unprecedented, in any customer-service-driven industry.

The bottom line for the company is that, by making and keeping its most loyal customers happy, Atkinson turned Mileage Plus into a money-making business. The bottom line for customers is that Mileage Plus today is probably the best program in the industry, with the notable exception of StarNet blocking. Hopefully, the practice of massively blocking award seats otherwise made available for mileage redemption by United’s partners in the global Star Alliance will soon be on its way out.

It’s no secret that Continental’s priorities have lied elsewhere under Jeff Smisek, its chairman, president and CEO, who will be CEO of the combined airline. Smisek has won much praise for his management style, which has helped the company’s finances during a tough period and significantly improved both its hard and soft products. Continental has chosen to lure passengers in its premium cabins by lowering business-class fares, while United has kept those fares high, resulting in more upgrades for elite customers.

Although that choice has its merits, Continental’s OnePass is hardly a leading loyalty program. There is nothing wrong with trying to attract more paying business-class passengers, but in the current environment, a strong upgrade product would go a long way to securing long-term customers.

United has that product, and so does American Airlines, United’s main competitor. Even though Mileage Plus and OnePass have aligned some of their features, they remain apart in many respects — and most importantly, in their business philosophies. Hopefully, the unpleasant prospect of losing customers to American will prevent the merged carrier’s management from curtailing the more significant benefits in Mileage Plus compared to OnePass.