Air India had no chance with Star Alliance

HomeAir India had no chance with Star Alliance 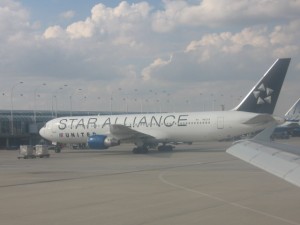 Air India’s entrenched corporate culture and internal Indian politics cost the carrier membership in the global Star Alliance. Although Star’s leadership went out of its way to help the airline meet the group’s more than 200 requirements, it finally gave up the futile effort last week and suspended accession talks.

Not surprisingly, Air India has been trying to assign blame to anyone but itself, pointing a finger at Lufthansa and accusing it of sabotaging the Indian carrier’s potential membership. Regrettably, it appears the airline has learned little from the nearly four-year experience. It needs to do some serious soul-searching if it wants to survive.

Star showed remarkable patience and continued to hope against hope that Air India would live up to its promise and achieve the necessary standards in safety, customer service, on-board experience, operations, etc. The alliance makes decisions based on consensus, and all its members voted to invite Air India in late 2007. The accession process is rather costly for both the candidate and the alliance, so no member voted lightly and fully expected the invitee to become to join the group.

They all underestimated the problems they would encounter. Air India was initially supposed to come on board in March 2009, but Star agreed to extend the qualification period. It really wanted its carriers to gain broader access to the large Indian market.

Star CEO Jaan Albrecht, about whom I’ve written several times, has been saying for years that one of his top priorities is filling the three major “white spots” in the alliance’s network: Brazil, India and Russia. Brazil’s TAM joined in 2010, though its merger with Chile’s LAN has created uncertainty about the new airline’s future allegiance. There is no obvious Russian carrier to be seriously considered at this time.

So it was very important for Star to full the big South Asia “white spot.” Albrecht himself made repeated trips to India in the last year in a tortuous effort to save Air India’s faltering bid.

However, the reality is that Air India never truly had a chance with the oldest and largest global alliance. I felt several times during this process that having Air India as a member anytime soon was more wishful thinking than a realistic expectation. In fact, many frequent travelers feared that Star might lower its standards to accommodate India’s national carrier.

To the alliance’s credit, that didn’t happen. Rejecting Air India’s application was the right decision, no matter how the carrier tries to spin the outcome. The group’s attention in India is now focused on Jet Airways, which is already a code-share partner of several Star carrier, and possibly Kingfisher Airlines — they both have a much stellar reputation than Air India’s.

Star was founded by United Airlines, Lufthansa, Air Canada, Scandinavian (SAS) and Thai Airways. Today, it has 27 members from 25 countries, which have more than 4,000 aircraft in their fleets and fly over 600 million passengers a year on 21,000 daily flights to 1,160 airports in 181 countries.