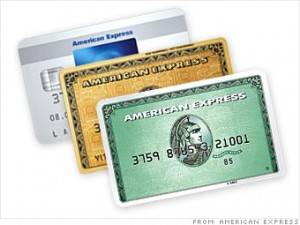 Non-airline programs are not affected by award seat limits, because they don’t need award availability to book you on a flight. Instead, they sell you a regular revenue ticket, charge the ticket price on your credit card, then credit the cash amount back to your card and take miles or points out of your account, whose number is based on a standard formula.

Let’s say that you want to use your Capital One miles for a free ticket. The Capital One website performs a flight search and you choose a flight that costs $100. Once the ticket is issued, 10,000 miles will be deducted from your account.

While Capital One values $1 at 100 miles, the American Express Membership Rewards program converts $1 into about 80 points, though the precise number varies based on the type of card you have.

By any measure, that is a lot of points. If we assume that the average U.S. domestic round-trip ticket costs about $500, Capital One will charge you 50,000 miles and American Express 40,000 points. In comparison, you need only 25,000 miles from most airline programs — if there is award availability, which is a big if.

Of course, many airlines will also give you any open revenue seat on any flight, but for double the miles required for a “saver award” — they call it “standard” or “anytime” award. If you need a First or Business Class ticket, the airlines will actually give you a better rate even on a “standard award.” Such an award from North America to Europe in Business Class will be about 200,000 miles. Assuming that the average revenue ticket costs about $5,000, Capital One will charge you 500,000 miles and American Express 400,000 points.

It’s worth noting that the airline mantra about giving you the last available seat on a flight as a “standard award” is changing, and that privilege is no longer available to everyone. For example, it’s one of the benefits of United’s new Mileage Plus Explorer Visa card from Chase, which means that customers who don’t have the card — and are not elite fliers — won’t have access to that last seat.

The real advantage of the tickets purchased with non-airline miles or points is that they earn miles, because they are in effect revenue tickets — the airlines will never know that you didn’t pay money for them.

That same model is used by some hotel loyalty programs, including Starwood and Priority Club, which allow points to be redeemed for flights. Even some airlines offer such options, in addition to their regular award redemption opportunities. For example, United’s Mileage Plus Choices program is very similar to Capital One’s scheme, valuing $1 at 100 miles — only miles earned from Mileage Plus co-branded credit cards can be used for such tickets.

All your loyalty programs on one screen

Donate miles or money to Haiti?