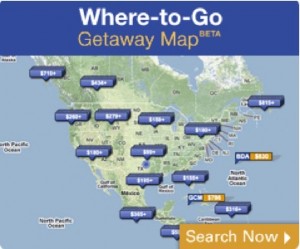 The owners of FareCompare.com have apparently decided to destroy what used to be one of the most useful websites for consumer travel. Its best features were removed last weekend, and many of the remaining ones are not working properly. Talk about fixing something that wasn’t broken.

For a couple of years, FareCompare has been talking about catering more to the airline industry than consumers, proposing a system to track mistake fares and alert carriers, so they can correct them. The company has also stepped up advertising — both on the site and in e-mail messages.

Could it be that it feels pressure to make it more difficult for consumers to find better deals and spend less money on air travel?

In both my book and my classes, I stress the importance of monitoring fares and learning when a low fare is published — regardless of travel dates and seat availability — so you can take advantage of it before it disappears. As I say, I want to know what’s possible, and then I’ll do whatever I can to get the best price. That was one of FareCompare’s main strengths.

You could program your account — in the “My Trips” section — to keep track of various city-pairs, specify an airline, if you like, and request e-mail alerts every time a new fare on a certain route was filed. When you logged in, all your saved routes appeared on the same page, showing the current lowest fares, along with their place on an airline’s tariff, and the last several lowest filings on that route for comparison. You could also rearrange the city-pairs by price or other criteria.

The “My Trips” section is still there, but most of its previous functions no longer exist. You can’t rearrange the routes, you can’t specify an airline, you don’t see any data from the tariff, such as fare basis codes and valid dates, and you don’t get historical data for comparison. In fact, as I write this, all my 65 saved routes say that a “price is not currently available.”

There have been problems with e-mail alerts for years, but now they seem to have multiplied — the problems, not the alerts.

Finally, FareCompare was great at giving us idea for trips. For example, if you wanted to get away for a long weekend, you could see a list of destinations either by total price or price per mile. However, the page that used to show how far you could fly for the least amount of money — also known as the FlyerTalk page and incredibly useful to leisure travelers — has been removed. There is a message that a new version is “coming soon,” but no one knows why the old version was taken down before the replacement was ready.

There are already frustrated travelers who have posted in two threads on FlyerTalk. Some of them note the conspicuous silence of FareCompare, which actually started one of the threads in 2008.

To be fair, the site does have a map showing fares from any given city to any destination in the world, but I have four problems with it: First, it’s very difficult to use graphically, because many fares appear on top of each other due to the cities’ proximity. Second, you have to specify a month in which you want to travel, which leaves out many fares. Third, the tool that specifies an airline isn’t working. Fourth and most important, some fares are simply incorrect.

FareCompare is a free site, and I’m sure some people think we have no right to criticize it or have demands. But I think there is rarely a truly “free” site anymore. We pay for using it one way or another — if not with a subscription fee, perhaps by enduring various ads. And who knows where our e-mail addresses end up?

If FareCompare doesn’t restore its most useful tools, it would be handing AirfareWatchdog.com a great opportunity to fill a much-needed void.