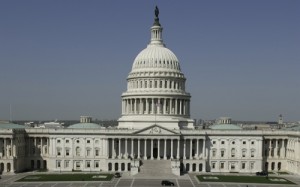 It’s no secret that the U.S. government wastes huge amounts of money on airfare, and that waste has been institutionalized. So it’s hardly a surprise that Republican presidential candidate Ron Paul has done the same, as an Associated Press story pointed out yesterday.

The reason for the story was the apparent discrepancy between Paul’s crusade against excessive government spending and his own spending. But while he did waste taxpayers’ money, he didn’t break any rules. So perhaps it’s time for the rules to change.

Government employees are usually required to buy full-fare tickets — meaning Y or B booking class — when traveling on business. The main reason for that is to have the flexibility to change and cancel those tickets for free.

Because of the massive amount of business the federal government gives the airlines, they provide it with special fares, which still carry the Y and B codes but are much cheaper than the regular published Y and B fares. For instance, the discount on a round-trip coach ticket to Europe can be over $2,500. I gave a specific example in a column last July.

However, those special fares are still much more expensive than the lowest published fares, which of course come with penalties for changes and cancellations — and while most of them are non-refundable, one can almost always use the amount paid, minus the change fee, for a future ticket.

I would guess that buying regular non-special fares and paying the penalty if necessary would be much cheaper than purchasing full-fare tickets. History shows that changes are not made too frequently.

There is another source of waste. Although the government fares are free to change and cancel, that “free” applies only to the airlines, meaning there are no airline-imposed penalties. Booking government travel is handled by large travel agencies, which charge as much as $90 per transaction — every time one of their agents touches a ticket to issue, change or cancel it.

First and Business Class tickets are usually allowed only on very long intercontinental flights, though each government agency can set its own policy. The rules are often bent for top management, and members of Congress certainly fall in that category.

The AP story said that Paul flew in paid First Class dozens of times since May 2009 on Continental flights between Washington and his Texas district. In addition, even when his office bough coach tickets, he often got upgraded, because Continental offers instant upgrades on Y and B fares, depending on availability.

So while it may be more prudent for Paul to put his money where his mouth is, the much bigger question is whether the current rules for government air travel need a fresh look.

In fact, any government agency could probably save millions if it used the Kralev Method from “Decoding Air Travel.” Pardon the shameless plug, but I’d be happy to teach them.