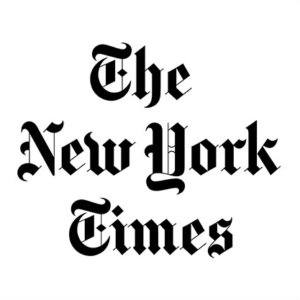 There is even a precedent for this in American history. After the Civil War, Congress drastically slashed the United States Army’s budget. The service lost its sense of mission and morale suffered. So smart and farsighted officers began thinking and writing about how to initiate reforms and strengthen professionalism, to be ready when the dark period ended.

One of the modern Foreign Service’s biggest cultural challenges has been to organically produce true — even if informal — leaders within its ranks, regardless of their formal positions or titles. This is one reason nobody has emerged as the face of the current discontent with the administration’s war on diplomacy. Even in normal times, career diplomats are conditioned to keep their heads down and not make much noise.

The diplomats have to get over that. Abnormal times like these demand that grass-roots leaders take the initiative and mobilize their colleagues to create a path to a revival.

As former Secretary of State Rex Tillerson’s much talked about but ill-fated attempt to “redesign” the department showed, true reforms in how the United States conducts diplomacy are unlikely to come from political appointees. According to a recent report, Mr. Tillerson spent $12 million on consultants who knew nothing about the State Department and produced little of value.

Worthy ideas are more likely to emerge from the professional ranks — but not by the boss’s order. Any major changes would have to be approved by the department’s leadership, but in a normal administration, career diplomats are entrusted with some of those top posts, along with political appointees, and can exert outsize influence. That would be easier with compelling and innovative ideas. And it won’t hurt to have powerful allies on Capitol Hill — after all, Congress is the only reason the State Department’s budget didn’t get slashed by the 30 percent the White House wanted.

It would be crucial for such an effort to focus on the right issues, such as long-term abilities and the institutional culture, rather than on technical matters. For example, United States diplomacy has been more reactive than proactive for far too long. How do we fix that? The Foreign Service’s culture relies too heavily on improvisation and not enough on strategic thinking. William J. Burns, a former deputy secretary of state, once told me that career diplomats “perversely pride ourselves on our ability to adapt quickly to different circumstances, and we are not particularly systematic about how we go about doing that.”

Another problem is the stupefying amount of administration that diplomats overseas have to contend with, instead of practicing diplomacy; many have taken to calling it “e-hell.” It gets in the way of the very reason they live in foreign countries — to understand and analyze developments in those countries and engage with their societies to better inform United States policies.

What about the staffing gaps overseas every summer, when officers start new assignments at embassies and consulates weeks or even months after their predecessors have left? Even in the age of instant communication, this leads to a lack of continuity and a need for almost every new officer to reinvent the wheel.

As for those outside government, internationally focused think tanks could play a role in producing research on trends and innovation in diplomatic practice. They have largely ignored that, saying their job is to study foreign policy, not what some call “the machinery” that carries it out. The main reason for that is funding — it’s much easier to find donors willing to finance policy research, which they hope will influence official government decisions. However, given the damage being done to the machinery, getting the process right will be as important as the policy substance on the other side of the dark age.

Academia can help as well. The Trump administration’s policies and actions have significantly diminished the attractiveness of diplomacy as a career for young Americans. As a result, the number of those taking the Foreign Service exam has decreased by nearly half since Mr. Trump’s election, and compared with pre-2017 figures, fewer than a third of new officers are being accepted into the Foreign Service.

So it’s vital to keep alive the young generation’s interest in and pursuit of diplomacy as a career. But it’s difficult to find colleges and universities in the United States (and globally, for that matter) that teach diplomacy. Not international relations, but diplomatic practice. Even schools whose names include the words “diplomacy” or “foreign service” offer no more than a couple of diplomacy-related courses, one of which is usually in diplomatic history.

To that end, my school, the Washington International Diplomatic Academy, which trains diplomats and other international affairs professionals from around the world, is holding a practical training program for students this summer for the first time. They will learn what is increasingly becoming a lost art, as well as specific skills, from some of the best diplomats in recent years, including recent State Department refugees. Still, I’d rather see dozens of universities offer multiyear degree programs.

The longer the United States fails to exercise its diplomatic muscle, the worse its atrophy will get. Future Foreign Service leaders could emerge from its current ranks or among Americans still in college. Naturally, they will aspire to become ambassadors and assistant secretaries. But once at the top, despite the huge political demands of those jobs, they should find time to take care of their colleagues in the service. Dark age or renaissance, no one else will.