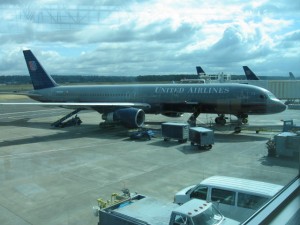 The customers want the airline to stop blocking “award” seats on flights operated by United’s partners in the global Star Alliance, which those carriers have made available for mileage tickets. United, however, is balking. Apparently, it saves more money by not having to pay its partners for those seats than it loses by driving some passengers away.

It’s likely to continue to balk until the balance shifts. But how long will it take? That is the question both the airline and its frequent fliers have been asking since this column exposed the previously secret practice in September.

The filters United has been using for a couple of years deny members of its Mileage Plus program access to thousands of seats, which are available to participants in the loyalty schemes of all other 23 alliance partners, including Air Canada, US Airways and Germany’s Lufthansa.

At first United refused to talk about the issue, citing “competitive reasons,” but eventually the airline admitted to blocking partner flights. It was apparently worried enough about the exposure to lift some of the filters about two weeks after the initial column ran. Many travelers in October managed to book flights that had been blocked for months.

The filters, however, are still around, prompting some longtime United customers to change their spending habits. In their eyes, United’s efforts to bar access to partner flights significantly reduces the value of their frequent flier miles.

“This is such a shame as it is a corporate decision made by United that is cutting out valued revenue for the hard-working flight and cabin crew, check-in staff, etcetera, all of whom have been more than sterling in their customer-service performance,” Mr. Kelly said. “Other carriers have been thrilled with the huge jump in revenue that they are gleaning, to the detriment of United.”

Passenger defections may be affecting the Star Alliance as a whole, as well as non-travel United partners, such as credit-card issuer Chase, which paid $600 million “for the advance purchase of frequent flier miles” in September.

Matt Holdrege, a telecommunications executive who divides his time between Los Angeles and France, has flown more than 1 million miles on United in the past decade. Because of United’s “award” blocking, he said, the Star Alliance is now his third choice behind Oneworld and SkyTeam, the other two airline groupings that allow both mileage accrual and redemption on all member carriers.

“I’m also a top customer of British Airways [of Oneworld] and Air France/KLM [of SkyTeam], and I consequently have given those airlines and their alliance partners the bulk of my business,” Mr. Holdrege said.

Chicago traveler Bob Smiejek said he has stopped using his United Chase Visa card in favor of a Citibank American Airlines card for most of his purchases. His preference is to earn miles on a Star Alliance carrier, but he doesn’t see a point in piling miles he can’t use for tickets. American is a Oneworld member.

“I believe the only salvation to this blocking is to follow the money, and right now it’s Chase Bank,” he said.

Mr. Kelly said he and his colleagues have “abandoned” their American Express cards, the co-brand United uses in Britain.

The final straw for them was United’s recent decision to increase the mileage needed for “award” tickets by as much as 40 percent on Jan. 1, which Mr. Kelly called mind-boggling given the circumstances. In contrast, he said, British Airways has cut its redemption levels in half as a promotion. Other carriers, such as Japan’s All Nippon Airways, have announced similar deals.

United spokeswoman Robin Urbanski said she understands the customers’ frustration with “award” blocking and asked me to “educate readers on why we do this.” She said that, when managing award inventory, United has to take into account the payment it has to provide to its partners. It’s not clear whether the airline can afford to pay the partners if it were to open all available seats to its customers. But it is clear that it has no plans to remove the filters.

No other Star Alliance carrier blocks partner awards, and such practices have not been reported among Oneworld and SkyTeam members, either.

“No Oneworld airline puts its own inventory controls on top of, and overlaid onto, that of another member airline,” said American Airlines spokesman Tim Smith. “Each Oneworld partner sets its own availability for such seats, and we are free to book them for our customers if they are available.”