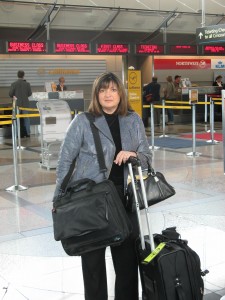 How easy is it for an airline to make its loyal customers happy? Just ask United Airlines. The members of its Mileage Plus program have been happy campers for 10 days, spending their frequent-flier miles like there is no tomorrow.

Many of those travelers waited for that opportunity for months, if not years. They had joined Mileage Plus and mounted sizable accounts with the assumption that they would be able to redeem their miles for flights on the Star Alliance, the global network of 24 carriers of which United is a founding member.

But often in the past few years, when they tried to book “awards” on Singapore Airlines, Germany’s Lufthansa or Asiana of South Korea, among others, finding availability was a Herculean task. Many travelers were angry, but United reservations agents blamed their partners for not providing enough seats.

Then a couple of years ago, one of the Star members, Japan’s All Nippon Airways, made the alliance’s award “middleware,” called StarNet, available on its Web site. The discrepancies between what one could find there and what United agents saw on their computer screens became painfully obvious.

Given the fact that Star members make award inventory, as it is known, available at the same time for all alliance partners to use on a first-come-first-served basis, United customers suspected that the airline was limiting access to it to avoid paying the required compensation to other carriers.

Last month, I asked United, which had never discussed the issue before, if, indeed, it blocks partner flights, even though they have been offered for awards by the carriers that operate them. First, the airline refused to address the matter, citing “competitive reasons.” After a week of persistence, during which I involved Lufthansa and Star’s management, United admitted that filtering does exist, as I wrote in my Sept. 29 column.

The response to the column was overwhelming. Hundreds of United customers complained about instances of blocking to me, the airline or on the Internet. One online forum on the subject has been viewed about 20,000 times and has nearly 300 posts so far.

“The reason I was so incensed by the blocking was the perception that United was imposing arbitrary and invisible controls over what is already a shrinking pool of award inventory,” said Rajiv Arora of Austin, Texas. “To most customers, they were engaging is a deceitful practice that was further devaluing their miles.”

On Oct. 16, most of the blocking was suddenly lifted. Scores of travelers snatched award seats on flights that had not been available for months. Some reported booking two or three international tickets in first or business class, exhausting their Mileage Plus accounts.

Craig Foo of Manhattan Beach, Calif., was “psyched” when he got a seat on the Singapore Airlines flight he wanted on his 27th attempt.

Stacey Gallanis of Denver booked two first-class tickets to Indonesia and one to Greece. She said United’s “reversal” was “a step in the right direction” and “implored” the company “to do the right thing and unblock” more flights. “This will restore our faith in United and have us directing more travel in their direction again,” she added.

Several travelers still reported limited and sporadic blocking — John Moitoso of Laguna Beach, Calif., cited flights on Thai Airways, for example — but that paled to the previous scope of the filtering.

Anyone who expected United to admit that it was pressured to rethink its practice because of the public exposure will be disappointed. In fact, the airline said that its policies haven’t changed, which means that blocking will continue.

“What you’re seeing is a standard adjustment in our award inventory,” said spokesman Jeff Kovick. Asked to elaborate, he replied, “I’m not in the habit of providing long-winded responses when it’s a pretty basic answer.”

Some of United’s top-tier elite customers begged to differ, saying that so much award availability hasn’t been seen in a long time. They also noted that nothing about this until recently secret practice is basic or clear. The company’s management hadn’t even told its reservations agents about it, which is why they were blaming partner-carriers. None of the Star members was aware of it, either.

About 50 of those elite customers wrote an open letter to the airline’s management, urging it to be more open and forthcoming about its practices and remove all additional controls on partner awards.

“Star Alliance partners should also encourage United to not block award inventory,” the letter said. “Blocking inventory has an adverse effect on the revenue stream from United to other Star carriers and dilutes the brand of the world’s first and largest alliance.”