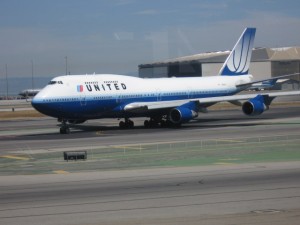 That was evident as soon as this column exposed the previously secret practice in September, as hundreds of members of United’s frequent-flier program, Mileage Plus, complained either to me or the airline.

Although I haven’t dedicated a column to the issue since early December, I continue to receive e-mail messages about it. I also try to answer some questions in a thread on FlyerTalk, one of the largest online travel communities, which has had more than 57,000 views and over 1,300 posts.

The bottom line for Mileage Plus members is that they have amassed United miles that, according to the airline’s marketing materials, they should be able to redeem for available flights on any of the 24 Star Alliance carriers. However, even when those carriers provide “award” seats, United denies its customers access to many of them.

For United, the bottom line is that it has to pay its partners for those seats, and when it expects to exceed the budget allocated for such payments to certain carriers, it prevents its members from redeeming miles on those carriers.

So what does that mean in terms of your ability to book an “award” ticket with United miles? Are there patterns the practice follows that can help you plan your travel better?

It depends largely on your destination. United hasn’t identified carriers or routes it blocks most often — it’s “difficult to do so consistently as it often changes and varies,” spokeswoman Robin Urbanski said last week — but, according to customer feedback and my own experience, Germany’s Lufthansa and Air New Zealand top the list.

That means that if you want to travel to certain countries in Europe and the Middle East, where Luftansa flies, or to some islands in the South Pacific served only by Air New Zealand, you may not be able to do so. Alternatively, you could use your miles to get to another country in the same region, and then either buy a regular ticket or use miles in a different program to get to your desired destination, which would increase the cost of your trip.

Kipps Zygarewicz, a frequent flier from San Francisco, was confronted with such a dilemma recently. He wanted to book an “award” to Russia in business class, which costs 105,000 miles — up from 80,000 since Jan. 1. He found a seat from the United States to Frankfurt, but that’s where the problems began. Lufthansa was the only airline that could take him to his destination without having to spend a night en route, but the four nonstop and connecting flights where seats were available to Star members had been blocked by United.

“Instead, I was offered options via Copenhagen, Zurich or Vienna — all of them with a forced overnight,” he said. “I chose Vienna, as it seemed the least expensive choice.”

He is in the same situation on his return and will have to spend a night in Zurich. “I’m facing an extra day of travel in each direction, effectively shortening my trip by two days. I’ll also have to spend about $350 in overnight accommodations and probably $150 in airport transfers and meals,” he said. He added that he considered buying tickets from Frankfurt to Russia and back to Zurich, but “they priced out at about $600.” He is also thinking of redeeming miles for those segments from another Star program that doesn’t block seats, but that would cost him many more miles.

The blocking’s time line is much more difficult to discern. On Friday, United was massively blocking Lufthansa flights in Europe and to the Middle East in all of June and the beginning of July — but no apparent blocking was in place starting July 11.

So what has United done since I last wrote about the blocking? Mileage Plus President Graham Atkinson has tried to explain the reasoning behind the practice at some length, although in little detail — both publicly, in an interview on USA Today’s “Today in the Sky” blog, and privately with United customers during this year’s Freddie travel-award ceremony to honor the industry’s best loyalty programs.

While the airline has decided in favor of openness, instead of the previous secrecy, its customers say that some reservations agents are still unaware of the practice and accuse the airline of deliberately keeping agents in the dark.

Ms. Urbanski said that “these are isolated cases, as our reservations agents are not responsible for determining what a ticket is priced at or why a seat may or not be available.”