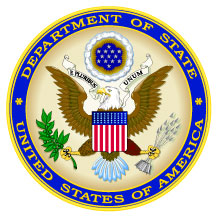 Actually, for some people, continuing the tradition of awarding presidential campaign contributors with embassies may be surprising, given President Obama’s promise to change the way Washington works during the 2008 election.

However, as I wrote a year ago, reality set in soon after Obama took office. According to a list maintained by the American Foreign Service Association (AFSA), the diplomats’ union, of all ambassadors Obama has nominated so far, about 40 percent are political appointees.

That number, though, is a bit misleading, because almost all political appointees change when a new president moves into the White House — unlike career diplomats, who typically remain in their posts for another year or two. It’s more appropriate to look at all embassies around the world — not just Obama’s nominees — and the AFSA list shows 29.7 percent political appointees out of 185 positions globally. That number is slightly lower than it was during the last years of George W. Bush’s presidency.

Another interesting number is that of the nominated but not-yet-confirmed career diplomats under Obama — there are 40 in each category. In contrast, of 55 political appointees, 52 have been confirmed by the Senate.

This issue is understandably controversial for Foreign Service members, and there was a time last year when the White House was on its way to nominating more than 30 percent political appointees. As I reported then, Secretary of State Hillary Clinton had to interfere.