HomeWhy new United should have domestic business — not first — class 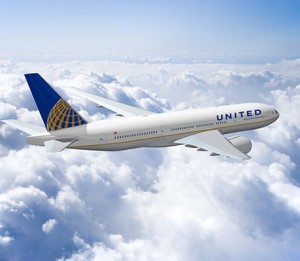 One of the big questions of the United-Continental merger is whether the domestic premium cabin will be sold as first class, as is currently the case with United, or business class, which is what Continental does. For customers’ sake, that cabin should be sold as business class.

This is not just about a name — it affects booking classes and flight inventory, and the present discrepancies between domestic and international flights can be very confusing for passengers, and sometimes even for agents.

The domestic first-class designation is a tradition started decades ago, when all commercial planes had two cabins of service. But then along came business class, and the major network carriers ended up with three cabins on international flights. Currently, only United and American Airlines offer three-cabin service.

However, even carriers with two-cabin international flights call the premium cabin business class, while continuing to label the same cabin as first class on domestic flights. That’s the case with Delta Airlines and US Airways. Continental’s policy is confusing in a different way — it calls the front cabin first class, but if you look at its inventory, you’ll see that it uses business-class booking codes for it.

On United’s two-cabin narrow-body aircraft, the same cabin that is sold as first class on domestic flights is sold as business class on flights to Central America. For example, here is the inventory for Flight 209 from Washington Dulles to Los Angeles on Sept. 3, operated on a two-cabin Airbus 319 (the bolding of the premium codes is mine):

As many of you know, the letters F and A signify first class. Compare that to Flight 823 from Washington Dulles to Mexico City on the same day, also operated on a two-cabin Airbus 319. The letters J, C, D and Z signify business class:

Now let’s look at an intercontinental flight, United 916, from Washington to Frankfurt, again on Sept. 3. We see both first and business-class inventory, as the flight is operated on a three-cabin Boeing 777:

Things are about to get much more confusing. As I’ve written before, United is one of the biggest champions of what I call fake “direct” flights. Those are two separate flights that have nothing in common but a number. In this case, United sells its morning flight from Seattle to Washington with the same number 916. Why? Because that allows it to market it as a “direct” Seattle-Frankfurt flight, deliberately misleading customers, most of whom make no differentiation between a direct and nonstop flight.

Seattle-Washington is operated on a two-cabin Boeing 757 — yet, if you look at the inventory, you’ll see that United is selling it as a three-cabin flight, because in theory it’s the domestic connection to the truly three-cabin Washington-Frankfurt flight:

So what happens if you want to upgrade on this flight? Do you upgrade to business or first class? The rule is that you can upgrade to the next higher class of service — according to the inventory, that’s business, but according to the aircraft, it’s first. What if upgrade space is not available in business, but is open in first? Are you allowed to jump over business into first and, in effect, get a double upgrade? Well, it’s not really a double upgrade because there is just one premium cabin.

United’s inventory management tries to align the seat availability in business and first class on those fake three-cabin flights, but sometimes they fail to do so. Perhaps they are confused, too. I’ve had occasions when I was waitlisted for an upgrade on one of those flights, and there was an upgrade seat available in the business-class inventory (the code United uses for that is NC), but not in first (code NF).

Once, I was on a two-cabin flight from Portland, Ore., to Chicago, which had the same number as a flight from Chicago to London. There was NC space, but not NF. My upgrade wasn’t clearing, so I called United and asked for a supervisor. She explained that, because this was a domestic flight, I needed NF space to get the upgrade — but it would have cleared had that been an international flight. I was furious, of course — it’s the same freaking cabin; why are we arguing about NC and NF codes? The upgrade did clear the next day.

More recently, I was on a two-cabin Washington-San Francisco flight that was sold as a three-cabin, because United markets it as the “continuation” of its Dubai-Washington flight. Guess where my upgrade was booked? That’s right, NC. So was that supervisor earlier wrong? Who knows…

Wouldn’t it be much easier for everyone if the domestic premium cabin was called business class? The only argument I’ve heard in favor of keeping the status quo is that passengers are used to domestic first class. I wouldn’t worry about that — they weren’t used to paying baggage fees, either.

The United-Continental merger, which received a green light from the Department of Justice last week, is a good opportunity to do something that should have been done years ago, when the rest of the world changed with the times.

Of course, it would be even better if United got rid of those fake “direct” flights — a practice Continental doesn’t use as widely as United — but more about that next week.