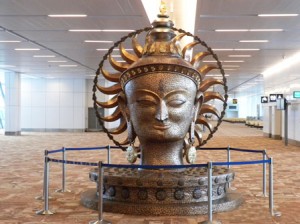 The Indian government has done what authorities in most market economies would rarely dare to try — it has forced Indian carriers to slash domestic airfares by as much as a quarter, and to publish fare ranges on every route on their websites regardless of travel dates. While helping consumers is admirable, is New Delhi crossing a line?

Angered by the pricing policies of India’s airlines, including low-cost carriers IndiGo, SpiceJet and GoAir, the Directorate General of Civil Aviation (DGCA) gave them an ultimatum last weekend to lower fares or face severe consequences, the Indian press reported. Within hours, fares dropped between 20 and 25 percent.

On Monday, the DGCA ordered airline chiefs to start posting on their websites at the beginning of every month fares on specific routes with advance-purchase requirements of 21, 14 and seven days before departure, as well as last-minute prices.

“We just want everything to be made public, including giving DGCA the parameters of number of seats getting sold and fare moving to next higher level. In case of any sudden jump, we will be able to check if lower bucket fare seats have been sold, and then spot fares are at the highs or is it something else,” DGCA chief E. K. Bharat Bhushan was quoted as saying by the Times of India.

This column has been critical of several dishonest and manipulative practices in the airline industry, including misleading fare advertising. Transparency is essential in an era of ever-growing airline fees and heavy fuel surcharges. In October, I wrote about new ways some carriers have found to overcharge unsuspecting customers.

It’s well-known that Indian domestic fares had become ridiculously high, but was such a drastic government intervention necessary? The DGCA plans to micromanage airline fare-setting and inventory, which will effectively end dynamic pricing, the very essence of today’s industry model.

“In case of any sudden jump to the highest fare level, the DGCA will be able to check if the spurt is due to seats at lower price levels having been sold out or whether it is manipulation by the travel industry,” the Times of India wrote on Tuesday.

The U.S. Department of Transportation will be happy if American carriers advertise actual fares on their websites — not $200 to Europe each way, based on a required round-trip purchase, when taxes and surcharges bring the total price to $800. But an attempt by DOT to follow India’s examples would probably lead to a revolution.