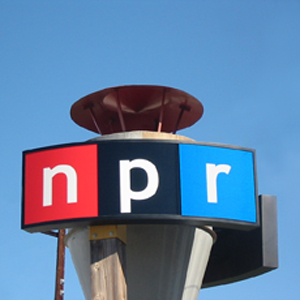 In my 18 years in journalism, I always believed that the media’s role is to inform, entertain and educate. These days, the education part seems to be missing in many cases, and one area where that’s quite evident is air travel. With the airline system being so complex and frustrating, should the media be more helpful in guiding travelers through the maze?

I asked myself that question as I was preparing for an interview about my book, “Decoding Air Travel,” on NPR’s Weekend Edition last week. The overwhelming positive response to the interview and the sales numbers — more than 500 books sold in two days — show that the public badly needs help in navigating the airline universe.

But does the media have a responsibility to provide such help? When it reported recently that a frequent flier had flown 10 million miles on United Airlines, should it have used the opportunity — or news peg, as we call it — to tell readers or viewers how they can achieve elite status and accumulate a lot of miles? When it covers various problems passengers experience during a trip, should it offer advice on how to avoid those problems?

That was exactly my intention when I began writing my “On the Fly” Column in the Washington Times three years ago. The newspaper format required me to cover news at times — and not quite “news you can use” — but I did my best to produce columns that educated travelers, based mostly on my own experience and the extensive knowledge I’d acquired while flying around the world for a decade.

I also started paying more attention to other travel writers, which I hadn’t done before because my primary job was covering diplomacy and foreign affairs. I was astonished how little many writers knew about the airline system — and even more astonished that they didn’t realize it.

I later learned that the main reason for that is their limited experience as normal travelers — people like you and me who travel for work or leisure. Those writers get lots of free trips from the industry, and many call in favors during personal travel as well. Most of them have never had top-tier elite status, haven’t had to strategize how to get upgrades or figure out how airfares work.

I keep reading stories that don’t make a difference between nonstop and direct flights, as well as statements that a certain airline will begin to fly to a new destination when it has simply signed a code-sharing agreement with another carrier to put its own number on already existing flights.

The airline system is dysfunctional enough for the media to be adding to the confusion and just entertain the public instead of educating it.