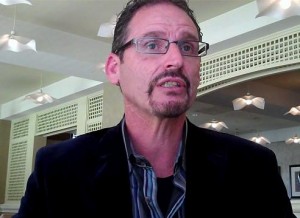 It’s no secret in the hotel loyalty business that Hilton HHonors has been probably the least creative and attractive among the major programs in recent years. Fortunately, its management has recognized that weakness and begun to address it, albeit cautiously.

While competitors such as Starwood, which includes the Sheraton, Westin and other brands, and to a lesser extent the InterContinental Hotel Groups Priority Club, came up with various promotions quarter after quarter, Hilton’s strategy seemed heavily reliant on name-recognition and reputation.

Jeff Diskin, senior vice president for global customer marketing at Hilton Worldwide, said in an interview last week that the company considers the quality of its hotels and the distribution of its network to be its main strengths.

“Our research says the number one factor driving the choice of a hotel or brand is the quality of the room,” Mr. Diskin said over lunch at the Capitol Hilton in Washington.

Still, he conceded that Starwood has been “very good at creating promotions,” which makes a significant difference for frequent travelers, especially during a recession, and that Hilton HHonors “hasn’t been a leader” in that respect. However, “we want to be better at that,” he said.

“We’ve migrated our strategy from being more targeted, below the covers, to much more overt, broad, system-level,” Mr. Diskin said, adding that public perception has become hugely important in the age of Twitter and Facebook. “What we did in the past is not right for this time. We still do that, but on top of it we have a robust broad promotional strategy.”

So what has Hilton done so far? This year, it has been offering a free night for every four paid stays. How does that compare to its competitors? Starwood and Hyatt’s Gold Passport have similar promotions, but they requires only three and two stays for a free night, respectively. Hyatt has become rather savvy lately and delighted many travelers and bloggers.

Mr. Diskin pointed out, however, that both those chains have a much smaller number of properties to choose from — fewer than 1,000 for Starwood and just over 400 for Hyatt — compared to Hilton’s 3,500 hotels. In addition, Hyatt’s and Starwood’s free nights come with more strings attached. Hyatt’s must be redeemed by Aug. 31. Starwood’s deadline is Dec. 19, but only weekend nights are eligible. In contrast, Hilton’s free nights are good for one year, with no day restrictions.

As Hilton become more active on the promotional front, it also has to deal with guests Mr. Diskin calls “games-players.” They would find the cheapest hotels in the cities they visit, or even in their hometown — usually lower-end properties such as the Hampton Inn or Homewood Suites — and pay for four one-night stays. Then they would redeem their free night at a luxury hotel in Hawaii, for example.

“Based on segmentation studies in the past, there is a group of people — maybe one out of five or one out of four — who enjoy the games-playing aspect of a loyalty program,” Mr. Diskin said.

But instead of criticizing or deriding them, he has decided to embrace them, because he sees “an opportunity to catch more of their travel dollars that are going elsewhere.” Hilton established the rules of the game, and “they took advantage of the smartest, best way to create value” for themselves, he said.

“I want that customer. I say more power to them,” he added.

There is another group of guests Hilton has been thinking about lately: those who achieve or re-qualify for Diamond status, currently the highest elite level, by midyear, and then try to gain status in another hotel program, depriving Hilton of significant revenue, Mr. Diskin said.

In an attempt to “provide incentives for those people” to stay, the company could create another level above Diamond, though no decision has been made yet. “For those looking for another milestone to hit, if we can find a way to create some new great rewards for them, we’ll give them some new targets,” he said.

“We are not going to devalue what Diamond offers — we would create something better,” Mr. Diskin said.

Diamond Hilton membership is by no means considered the best top tier in the industry. For example, it offers neither the suite upgrades not the free Internet access that Starwood Platinum members receive. If the new level simply provides those benefits, it would be catching up with the competition, while its qualification criteria would certainly be more demanding.

“We are at least evaluating things that are not commonly offered now in the [hospitality] industry,” Mr. Diskin said, though if one considers benefits “from your Centurion or platinum [American Express] card or some airline cards, they may not be that unique.” He declined to be more specific.

As regular readers of this column would recall, Hilton devalued its “award” redemption chart in January, requiring about 25 percent more points on average to book a free night. Mr. Diskin said the company weathered the bad publicity it received after it announced the changes in the fall.

“By every measure, it hasn’t had a negative impact” on business, he said.