HomeWhen airfares jump on you for no reason 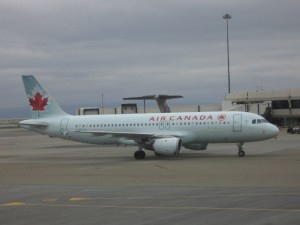 I’ve always brushed off suggestions that airline websites are deliberately programmed to increase the fare if you don’t take their initial offer immediately. But I’ve become suspicious since Air Canada’s site recently jacked up a ticket price on me by hundreds of dollars in seconds, even as its lowest published fare and the flight inventory remained unchanged.

Airlines have gone to great lengths in recent years to encourage customers to book tickets on their websites, and that can certainly save travelers time and hassle in the event of any changes to a ticketed reservation. However, to their utter shame, many carriers haven’t built reliable and user-friendly sites.

In fact, some airlines, such as South Korea’s Asiana, have outsourced their entire online booking process — at least in the U.S. market — to a third-party travel agency, which charges its own booking fees. And some of us thought a carrier’s own website was the one place we could go to avoid fees.

Other airlines have made their sites so difficult to navigate that one needs a day off to figure out basic booking features and frequent-flier program rules. Not to mention that many, such as Qatar Airways, never display the most important element of a reservation: ticket numbers.

And then there are those carriers whose sites look all modern and dandy, only to go nuts on you once you begin using them. A case in point is Air Canada’s site, which went out of control last month when I tried to price out a trip from Washington to Tokyo via Toronto, as part of the research for my forthcoming book.

At first, I got a total of $1,014.82, booked in L class on all four segments. The site cancels the pricing page automatically after 10 minutes if you don’t make a purchase — I didn’t — and sends you back to the home page. I thought I’d simply rebuild the same itinerary.

To my astonishment, this time the site broke the fare into W and S classes, producing a total of $1,611.82. I checked the tariff and the inventory on ExpertFlyer.com, which I use to access raw real-time airline data, to make sure nothing had changed in the past 15 minutes, and it hadn’t. I also called Air Canada to verify that. There was no reason for the site’s odd behavior.

I’ve been skeptical about suggestions that airline deliberately increase prices on unsuspecting customers because I know how airfares work. For a particular fare to change, one of two things has to happen: a change in the tariff or the inventory. If they both stay the same, there is no reason for the price to jump by hundreds or thousands of dollars within seconds. That was the case here.

So what was the Air Canada website doing? Did it remember my data and play tricks on me? I tried closing my browser and reopening it, but that didn’t help. I checked back a couple of days later, and the same shenanigans repeated. In another couple of days, I rebooted my computer, and I finally got the initial and proper fare — at $1,015.29, it was 47 cents higher because of currency fluctuations.

I called Air Canada and spoke with a very polite reservations supervisor named Monalisa. At first, she thought I was doing something wrong and confirmed the $1,015.29 fare on her system, and also verified the tariff and the inventory, which still showed nine seats in L class. Then she went to the website and did exactly what I’d done — she was as surprised as I was to see those outlandish prices. She promised to report the problem to the appropriate department.

It could be just a software glitch — after all, the fare difference should be more subtle than $600 if deliberate — but it certainly looks suspicious. If Air Canada doesn’t want to drive customers away and into the arms of third-party sites, such as Expedia and Travelocity — or worse, other airlines — it should offer a much stellar booking experience on its own site.

But that wasn’t Air Canada’s only problem. I noticed that the penalties for changes and cancellations displayed under the priced itineraries were unusual for heavily discounted international tickets. Moreover, they never changed even as the fare kept going up.

They said the tickets were refundable for C$200 — there is currently near-parity between the U.S. and Canadian dollars — and “cancellations can be made up to 45 minutes prior to departure.” Changes could be made “prior to day of departure” for $100 each way, “plus applicable taxes and any additional fare difference.” On the departure day, changes were permitted at the airport for C$100 “plus applicable taxes (no charge for fare difference) for same-day flights only.”

I didn’t trust what I saw, so I checked the actual fare rules on ExpertFlyer, which are published by none other than Air Canda. As I suspected, the L fare was nonrefundable, and the change fee was $250. I went back to the carrier’s website and discovered a hardly noticeable link at the bottom of the page to the proper fare rules, which matched the information on ExpertFlyer.

These were big discrepancies, and I suspected they were causing serious problems, so I mentioned them to Monalisa. Unlike the fare-rising issue, she was aware of this one. “I’ve made several complaints in the last several months [to the website people], but they apparently this isn’t a priority for them,” she told me.

She also explained that the rules shown on the Air Canada site are typical for domestic Canadian tickets, and they use the same template for the much more diverse international rules, instead of creating new content. If a customer who has booked a nonrefundable ticket on the website wants to cancel it, Monalisa said they will honor the incorrect rules displayed on the site.

So until they bother to fix the problem — perhaps that would be more expensive than refunding tickets — travelers will keep taking advantage of the mistake. If you are one of them, make sure to print out those made-up rules.

Similar examples can be found on many other websites. Delta Airlines, for instance, has put the following text on a page titled “Ticket Changes”: “For travel outside the United States, the change fee is typically $250, but can vary based on location and type of fare. Changes are usually permitted only to the return portion of an international itinerary.”

No issue with the first sentence, assuming travel originates in the United States. As for the second, I can’t even imagine who and why came up with such a misguided blanket statement. All you need to do is read the actual rules of any international Delta fare to realize that, if any changes can be made, they are in fact allowed on both the outbound and return portions.