How much slack do the airlines deserve?

HomeHow much slack do the airlines deserve? 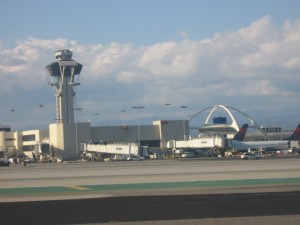 The 10th anniversary of the Sept. 11, 2001, terrorist attacks this week reminded me of how much can go wrong in the airline industry to no fault of its own. Despite everything outside the airlines’ control, there are many reasons to criticize their performance. But how much slack should we cut them?

I’ve written several times about the increased scrutiny of the airlines by both the media and the public, compared to other industries, simply because of the nature of their business. A commercial carrier has more front-line employees than almost any other company, and it’s easier to complain about a person we see in front of us than about an invisible — and sometimes anonymous — representative.

In addition, the airline industry gets more media attention than other types of businesses by default, as many more people are believed to be interested in aviation than in the workings of a cable company or the food industry, for example — even though the latter two affect no fewer consumers than airlines do.

Let’s face it, an aircraft in any position — sitting on ground, soaring in the sky or, God forbid, engulfed in flames — makes for much better photos and video than a food-processing chain.

Bashing the airlines has been common for decades, but it has become even easier in recent years, thanks for social media and the travel blogs that have mushroomed on the Internet.

All that attention has improved customer service, as well as other parts of the airlines’ performance. I’m not talking about the on-board service, which no longer includes free drinks, meals, pillows, blankets, etc. I mean employees’ desire and ability to resolve problems. There are certainly still those who just shrug shoulders and pass you on to someone else, but the helpful ones seem to be more these days.

As my book, “Decoding Air Travel,” and all my columns can testify, I’m by no means an apologist for the airlines. I criticize them and expose their dishonest practices when they deserve it, but I also praise them when they do things right. I’ve also urged other consumer-oriented businesses to learn from the customer-friendly policies of many airlines.

So I’m more than willing to cut the airline industry some slack — not only in situations beyond its control, but also when honest mistakes have been made. For example, late last month, I had a schedule change on a future ticket, which had to be reissued. The agent I spoke with on the phone was supposed to send the reservation to a certain “queue,” but as I learned a few days later, she sent it to the refund queue. As a result, the entire itinerary was canceled, and of course no one notified me. Good thing I called back.

Things happen, so I didn’t get angry in this case. This week, however, I did get mad at US Airways for its failure to invest in a modern website — not a new issue, about which I’ve also written before. That site is probably one of the worst in the industry.

I tried to check in online for a flight from Washington Reagan National Airport (DCA) to New York’s LaGuardia (LGA). Before that, I had attempted to get a seat assignment, but that’s not allowed on shuttle flights until check-in, even in First Class. I did see on the seat map, however, that my preferred 2F was available. So I began the check-in process, but the seat map didn’t open. I tried several times, to no avail. I finally exited, only to find out that the system had automatically assigned me seat 1F.

I didn’t want the bulkhead, but there was no way to change the seat I had. Web support couldn’t help, either, telling me it could only be done at the airport. Of course, by the time I got there the next day, all other seats were gone.

Why is it so difficult for US Airways to offer a working seat map during online check-in? Why is it so hard to allow changes to seat assignments? Why can the websites of United, American and many other airlines provide that service? Is it really rocket science? Almost every airline website has its problems, but US Airways’ beats them all. Its CEO, Doug Parker, needs to realize that it’s 2011.