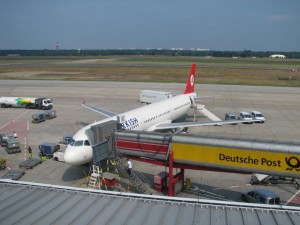 It’s high time they understood that travelers are getting smarter, and mediocre reservation agents won’t be tolerated much longer.

In April, I wrote about my disastrous experience with Singapore Airlines’ award-booking agents, who were so poorly trained they might as well have worked for a third-world carrier. In May, I mentioned British Airways’ arrogance and refusal to offer the slightest apology after losing the luggage of two First Class passengers who had paid $12,500 per ticket.

This month, it was Turkish Airlines’ turn. The Star Alliance member has improved significantly in recent years, and spent a lot of money on advertising and public relations. Actor Kevin Costner, who ironically flies mostly on his own private plane — and flew me on it a decade ago for a Financial Times story — was hired to do TV commercials for Turkish. So was NBA star Kobe Bryant. The carrier’s motto is “Globally yours.”

However, in many respects Turkish remains a rather backward regional airline. It’s not that its reservations agents are not well-trained — that’s the case with much more advanced carriers. The bad experience with Turkish begins as soon as you dial the number of its call center.

Even though the center is open only during U.S. business hours, all agents are in Istanbul. There is certainly nothing wrong with that, except that many of them have a very poor command of English, and the connection is so bad you’d think it’s 1950. It sounds as if the airline uses cheap Internet-based technology to keep costs low. Many companies around the world do that, but I haven’t experienced such poor quality in years.

I called Turkish to change the date of a flight, and I knew the original booking class wasn’t available on the new flight, so the ticket would have to be repriced in the higher class. There was no change fee, so only a $265 fare difference had to be paid.

The truly global airlines have a very simple procedure in such cases: The agent reprices the ticket and — often with the help of a supervisor or the rate and ticketing desks — reissues it within minutes. To my utter shock, however, a supervisor informed me that the Turkish reservations center is not capable of reissuing tickets. So the ticket in question could only be reissued at an airport, no later than two hours before departure for a $20 fee — and that’s full-fare Business Class.

Seriously, Turkish Airlines? What year do you think this is? Do you really want to increase lines at airport ticket counters when something this simple can be done over the phone? So much for spending millions of dollars (educated guess) on advertising and PR — you’d be much smarter to invest that money in a 21st century reservations center.

A few days before the above-described experience, I noticed that Turkish doesn’t allow seat assignments to be made on its website, even in long-haul Business Class, and even when a booking is created on the site. I posted that on the carrier’s Facebook page and was informed that seats can be assigned no earlier than seven days before departure.

Why? Isn’t it more complicated to set such artificial deadlines than just allow customers to get a seat as soon as they buy a ticket? This is not a question of charging for seat assignments, because Turkish doesn’t do that. But why waste time calling reservations only to get a seat? It’s not like you’ll have a pleasant experience.