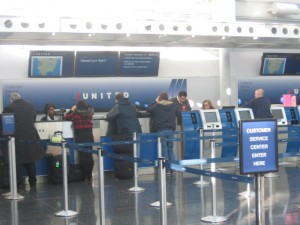 Before I continue, let me say that there are numerous superb airline agents to whom I’m grateful for unknowingly teaching me the ropes of the complex air travel system for years by satisfying my insatiable curiosity. I’ve also praised U.S. agents for handling rebooking during irregular operations better than their colleagues at foreign airlines.

As with any profession or company, all agents undergo various levels of training and professional development. It’s only human that they don’t remember everything they are taught, as long as they know where to find the answer when they need it. It’s also natural that different agents remember certain parts of the material better than others.

However, the examples of agents convinced they have the right answer when they don’t — and not bothering to check it — are more than I care to count. One of the most common is not knowing the rules of airport business lounge access, and turning away customers who have every right to be there. That happened to me last month in Phoenix, where an agent called a supervisor who agreed with her. Of course, I asked to speak with the supervisor, and when he arrived, all he had to do was read the rules taped on the agent’s desk — then he told me I was right.

Now that I know the system inside out and teach seminars about it — I’ve been told by reservations supervisors that I know much more than most of their agents — I’ve learned how to straighten out an ignorant agent politely and as patiently as time allows. Sometimes, if they are stubborn and I know they are wrong, I resort to one of my cardinal rules: Hang up and call again.

But it turns out there was something even I wasn’t aware of — because no agent I’ve dealt with has ever done it correctly.

In April, I wrote about the numerous airline schedule changes that significantly affect customers’ travel plans and waste them — as well as airline employees — considerable amount of time. One of the issues when a flight is taken off the schedule or you misconnect is what happens to your upgrade.

As regular readers of this column know, I mostly fly on United Airlines, because I’ve had top elite status (1K) for a decade. This year alone, I’ve had dozens of serious schedule changes that have necessitated rebooking and rerouting. If an upgrade has been previously confirmed, the United system automatically rebooks you in the upgraded class — the codes are NF for First Class and NC for Business — even if there is no upgrade space on your new flight.

This is all done by a computer, without human intervention. Very often, however, I don’t like the new routing the system has suggested, so I call reservations to get booked on more sensible flights. For years, agents have said, “We can put you on that flight, but you’d be waitlisted for the upgrade.” Not one, including supervisors, has ever offered to open up an upgrade seat, even when the cabin was completely empty.

Last week, I happened to look at the so-called Rule 260, which governs schedule changes, for a different purpose. I was surprised to read the following under “Protection guidelines” (SD refers to service director, the first supervisory level):

UPGRADED PSGRS AFFECTED BY A SCHEDULE CHANGE SHOULD BE PROTECTED IN THE UPGRADED CLASS IF AVAILABLE.

IF NF/NC IS NOT AVAILABLE — PROTECT CUSTOMER IN F/C IF AVAILABLE AND CONTACT SD FOR CONVERSION.

So as long as the airline is still selling revenue seats in the premium cabin, you are entitled to your upgrade, even if upgrade space is currently not available. In essence, a seat should be opened up for you, provided you had a confirmed upgrade on your original flight that was affected by the schedule change.

When I saw this rule, I called United to clear a waitlist I’d been put on after a schedule change a week earlier. The agent sounded unaware of the rule, but he found it on his computer, booked an F seat and called a service director to convert it to NF, as instructed in Rule 260.

Is it possible that no agent knew about this? Could it be that their training doesn’t cover this particular detail? If it does, are they told not to offer such protection to customers proactively?

When I asked those questions, I was told that agents should know the rule — and that a message was sent to the service director who had waitlisted me the week before to make sure she knows the right procedure.