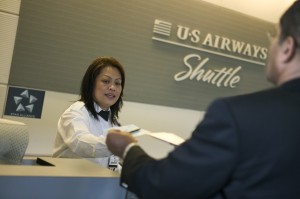 US Airways has set a good example of listening to customer feedback and fixing a problem. In my case, there was added criticism in a newspaper column, but instead of complaining, the airline rolled up sleeves and started working.

In March, I wrote in my Washington Times column about its website’s inability to display many itineraries, even when booked directly with US Airways. At the time, spokeswoman Valerie Wunder at the company’s headquarters in Phoenix arranged a conference call with two in-house experts, who told me that the reason for the glitch was the site’s failure to recognize some foreign airport codes.

I’m happy to report that now I can view reservations containing some of the same airport codes I wasn’t able to see before. I hope the problem has been fixed across the system. That said, there are other issues with the US Airways site, but most other airlines have them, too.

Another company that has taken my criticism constructively is RCN, the cable operator. In a May column, I wrote about a massive April 26 outage that reportedly affected not only D.C. but several states. Because most customers have “bundled” services, they lost all of them for about five hours beginning in early afternoon on a Monday — those included businesses and many people working from home, who could do little with no phone and Internet in the middle of a weekday.

I concluded that RCN hadn’t improved its customer-service policies since a previous incident, which I reported a year earlier. In that case, my entire building lost phone, TV and Internet service around 7 p.m. on a Saturday. Service was not restored for more than 18 hours. Customer-service agents in the Philippines gave me and my neighbors conflicting information about the problem and how long it would take to fix it.

After my latest column, I received a call from Richard Beville, vice president and general manager for the D.C. area, who invited me to lunch to discuss how RCN can improve its customer service.

I try to hold companies in different sectors to the same standards everyone expects from airlines, which probably get more criticism than any other industry. While some of that criticism is deserved, the high visibility of thousands of front-line employees with customers around the world every day magnifies even a mundane incident, especially if splashed on Facebook or Twitter.