HomeDOT cracks down on airfare advertising 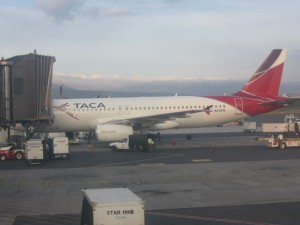 TACA is one of the airlines fined by the U.S. Department of Transportation.

The U.S. Department of Transportation (DOT) seems semi-serious about false airfare advertising. It fined several airlines this week for violating its rules of disclosing taxes and fees, but it still tolerates the disgraceful “one way based on a required round-trip purchase” manipulation practiced by some carriers.

Continental Airlines was fined $120,000 for failing to include fuel surcharges in fares listed on its website. US Airways and TACA, the Central American company, must pay $45,000 and $55,000, respectively, for the same wrongdoing — indicating that fares didn’t include taxes and surcharges, but not disclosing actual amounts.

“Consumers have a right to know the full price they will be paying for airfares,” said Transportation Secretary Ray LaHood. “We established airline price advertising rules to protect the consumer, and will take enforcement action when these rules are violated.”

Starting on Oct. 24, DOT will require airlines to include all taxes, surcharges and government fees in advertised fares — not just using asterisks and fine-print explanations.

However, advertising only half of a ticket price will continue. As I’ve written before, I have nothing against listing one-way fares — when they can be truly bought as such. To this day, American Airlines, Delta, British Airways, Lufthansa and others promote only half of mandatory round-trip purchases on their websites.

In fact, Lufthansa doesn’t even bother to spell out the words, using instead “OW based on RT purchase.” The German carrier doesn’t do those gimmicks on its European sites because of strict European Union rules.

In March, I wrote that United Airlines became the first major U.S. carrier to begin advertising predominantly round-trip fares on its site. Continental has since followed suit. US Airways still uses a mixed method.

One would hope this item will be next on DOT’s agenda.