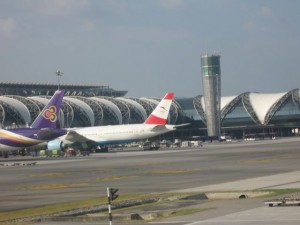 I’m tired of all the “low-fare tips” in the media — both hearing and reading about them, and giving them myself. Yes, I’m guilty of feeding the media’s hunger for quick “Top 5 tips,” and not happy about having to dumb down a very complex airfare system, which is actually more misleading than helpful.

Those of us who are trained and experienced journalists know very well how to make a specific or even technical topic accessible to a large general audience. I’ve been doing that during my entire professional career.

So it’s understandable that editors and producers across the United States want to write stories or produce TV and radio segments that are easily understood by most of their audience. That’s why I was hardly surprised the first time I was asked for tips on shopping for airfare in a five-minute interview.

While I usually warn listeners and viewers that I’m about to make generalizations, I tell them that, on average, the lowest domestic fares are published on Tuesday and typically last through Thursday. Also, on average, Tuesdays, Wednesdays and Saturdays are said to be the cheapest days to fly.

Why? If you’ve read my book, “Decoding Air Travel,” you know that domestic fares are filed four times a day during the week, and once a day on weekends. You also know that each fare is published with its own rules, one of which is day-of-the-week validity. Some fares are valid on any day but Friday and Sunday, others only on Tuesday and Wednesday, and yet others have no day restrictions at all.

So if I have to generalize, based on all my knowledge and experience, I’d cautiously say that Tuesday, Wednesday and Saturday may be cheaper to fly on than other days.

Unfortunately, some travel writers are taking those generalizations to the extreme. The most recent radio show I was on just yesterday was NPR’s “On Point,” where a guest before me said you should never buy airline tickets on weekends.

Well, I’ve bought plenty of cheap tickets on weekends, ranging from $150 to $250 round trip, including transcontinental ones.

Then last weekend, I read an article about how to get low fares on a website called venturebeat.com, which was based on information provided by Kayak.com. “Don’t buy plane tickets more than 30 day in advance or within 14 days of your trip,” it advised.

Really? I currently have about 10 tickets booked for future travel, and all of them were purchased months ago. The cheapest was less than $150, and the most expensive just over $300. A couple of years ago, I bought a one-way ticket from Washington to San Francisco for $110, only three days before travel.

The article also said that “the best time to buy a plane ticket for the December holidays is the first week of December, up until the 10th.” I realize they didn’t say “the only time,” but I thought I’d mention that my Christmas ticket to Phoenix was bought last spring and cost $240 — that was the actual total price, no discount vouchers included.

So I think very carefully these days before accepting an invitation to appear on radio or TV. I declined one just last week. I initially declined “On Point,” too, but I reconsidered when they agreed to give me a 17-minute segment without another guest, for which I’m immensely grateful.

The other reason was the guest-host, NPR correspondent Jacki Lyden, who also guest-hosted “Weekend Edition” when I was on in August. She has been the only journalist so far who really understands the complexity of the system and doesn’t make me dumb things down and offer questionable tips. Even in the four-minute segment on Weekend Edition, she let me explain the basics of airfares — and that was by far my most effective media appearance in terms of audience response and book sales.

The media should never underestimate the public’s intelligence and curiosity.