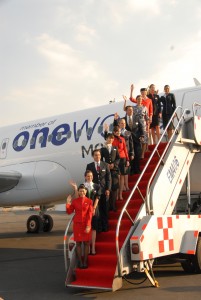 Global airline alliances are a relatively new concept, and the three existing ones have naturally had to create their own rules. This week’s Mexicana Airlines decision to suspend ticket sales raised serious questions about Oneworld rules and requirements.

Why did the alliance insist publicly that all was fine at Mexicana just a day before the announcement? Did the carrier fail to give Oneworld a proper warning?

On Tuesday, Mexicana filed for insolvency proceedings in Mexico and bankruptcy protection in the United States. That same day, Oneworld spokesman Michael Blunt issued a press release, assuring travelers that the Mexicana’s position in the alliance was “unaffected” by the developments.

“Mexicana has stressed that it will continue to operate normally, in line with Mexican legislation covering such restructurings. Its schedule is being maintained — though with some network and frequency changes — and it continues to take bookings and offer its full range of services. So the airline continues to offer full Oneworld services and benefits, and tickets for flights on Mexicana and its frequent-flier arrangements are unaffected,” Blunt said.

That statement reminded me of the Star Alliance’s expression of support for United Airlines when it filed for Chapter 11 bankruptcy protection in 2002. But as it turned out, things with Mexicana were very different.

Late Wednesday, Mexicana stopped selling tickets. In a new press release, Oneworld called it a “temporary suspension,” adding that, “during this time, Mexicana will continue to operate most of its previously scheduled international flights as normal, but further bookings will not be accepted.”

The logical question is, How long can the airline continue to operate flights for which it accepts no bookings? More importantly, was Oneworld blindsided by the sales suspension or did it mislead customers in its first statement? Did Mexicana bother to tell the alliance what was coming up? Was it even required to do so by Oneworld rules?

Blunt didn’t respond to an e-mail I sent him yesterday with those questions.

Mexicana is Oneworld’s 11th and newest member, having joined in November 2009. Among the alliance’s other members are American Airlines, British Airways, Cathay Pacific and Qantas Airways. Mexicana was part of the Star Alliance from 2000 until 2004. Interestingly, Star’s CEO, Jaan Albrecht, is a former Mexicana pilot.