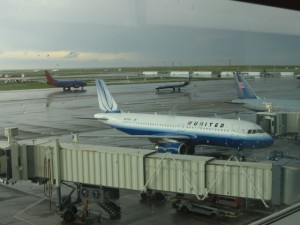 Readers’ interest in United Airlines’ practice of massively blocking award seats otherwise made available for mileage redemption by United’s partners in the global Star Alliance doesn’t seem to subside, judging by the feedback I get and the web traffic on this site’s pages dedicated to the issue. So it’s time to clarify some misconceptions about the infamous StarNet blocking.

Earlier this week, I received a complaint from Norma Brandsberg, a reader from Virginia, that United is “blocking an award through Continental” Airlines. “United’s own site is showing availability,” but “Continental is not seeing the open seats in their system,” she wrote.

Brandsberg mistakenly thought that what she discovered was part of StarNet blocking. However, the controversial practice doesn’t involve seats on United flights — only seats on flights operated by other Star carriers, such as Lufthansa, Thai Airways, Singapore Airlines and others. United denies members of its Mileage Plus program access to those seats to avoid paying its partners for them.

What Brandsberg is comparing are two completely different things. First, she looked at award seats United has made available to book with United miles — inventory reserved only for Mileage Plus members. But then she tried to use Continental miles to book those same seats, only to find out that they are not available to members of Continental’s OnePass or any other Star Alliance program.

Every airline in the alliance has the right to set aside certain award inventory only for its own frequent fliers, and it has no obligation to offer that inventory to its Star partners. The seats it decides to provide to partners are published on the common IT platform known as StarNet. So contrary to Brandsberg’s understanding, United wasn’t “blocking an award through Continental” — rather, United wasn’t offering those seats on StarNet to any of its Star partners.

In a related misunderstanding, many travelers wrongly accuse United of blocking partner seats. For example, they call Swiss International Airlines and are told that seats are available on a certain Swiss flight — they can also see those seats on ExpertFlyer. Then they call United, which is not seeing availability, and conclude that “StarNet blocking” is in force.

That conclusion would be correct only if you confirm that Swiss is offering the seats in question on StarNet. The best way to do that is to consult the All Nippon Airways (ANA) website, which has the most comprehensive free online StarNet tool but requires that you have an ANA account with miles in it. The paid KVS tool is another option, and the Continental and Air Canada websites show limited partner inventory. ExpertFlyer tends to display seats offered by an airline only to its own customers and not to partners.

There have been recent reports from United customers that United is less aggressive with StarNet blocking these days, and of course we all hope that the practice will be discontinued after the merger with Continental.